Britain’s soft drinks industry supports over 340,000 jobs and contributes over £11 billion to the UK economy, according to the British Soft Drink Association. The amount of consumers switching to no, low and mid calorie drinks in 2014 speaks volumes of the industry’s efforts to meet changing demands, says its latest report. Indeed an impressive 57% of soft drinks were low or no calorie last year, according to the same report. And it would appear that draught soft drinks have an increasing role to play in catering for consumer’s changing needs, offering significant variety as well as margins. 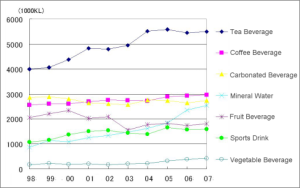 The carbonated soft drinks sector is a mature part of the beverages market. It has gone through a number of changes in recent years and is arguably still in a state of flux, something which is expected to continue into the future. The carbonated soft drinks market continues to be dominated by the brands Coca-Cola and PepsiCo, both of which have huge brand legacies founded on considerable advertising budgets.

Carbonated soft drinks have fairly low price points and margins when compared with other consumer goods, with manufacturers therefore looking for ways to add to the cost-effectiveness of their brands. Packaging remains a key vehicle in helping brands to stand out and build their values, with special editions and pack variants being a traditional way of doing so.

Branded carbonated soft drinks are available via empireuk and represent an interesting alternative to branded bottled drinks in terms of packaging. With post mix volumes of up to 10 litre bag in box, there is a considerable margin to be made with this type of packaging and arguably a lot of untapped potential amongst the changing consumer.

Not only are draught soft drinks available as branded options, there are also non-branded soft drinks that can be purchased in post mix quantities, and indeed there are a number of suppliers that specialise in the provision of the necessary equipment. Concentrated syrups are also available – these last longer and therefore save businesses money.

Alongside the more typical flavours such as cola and lemonade, other flavoured soft drinks can be supplied. These include flavours like Iron Brew, orangeade, cherryade, lemon and lime, and mixed fruits, all of which give bars and pubs and their consumers alike the variety that they are looking for.