Do you remember Storage Hunters?

Have you got a nose for a deal or love to discover treasure? Then, no doubt you’ve watched Storage Hunters. Originally a U.S show, the UK series aired on the Dave channel between 2014 and 2016. It was hugely popular and even had its own mobile game available on the App store. 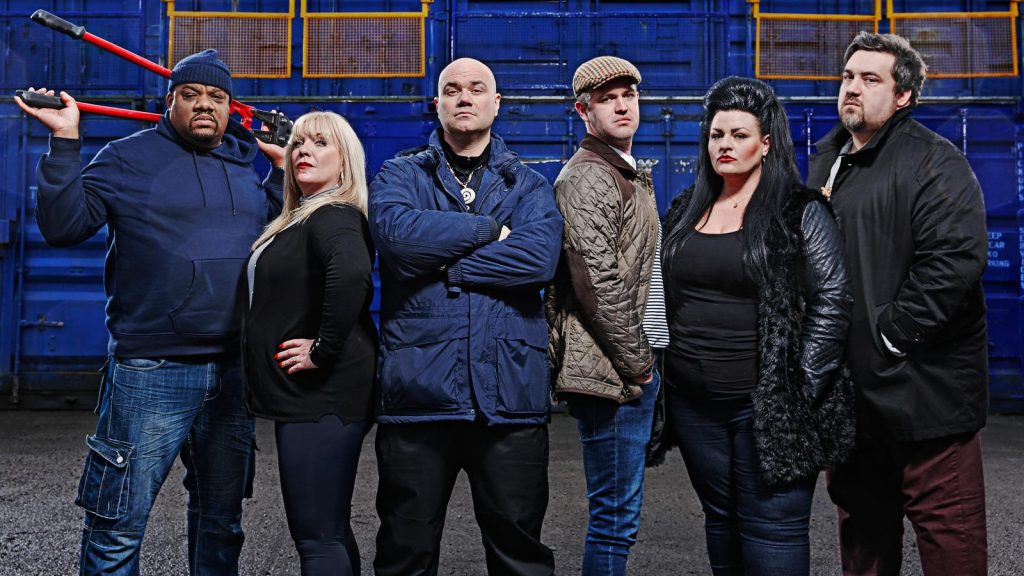 The format of the show required regular teams to battle it out over bidding for unknown lots. Shutters are lifted on storage units very briefly to reveal curious and mysterious boxes and items covered in sheets. It’s difficult to tell if anything of value is stored and the contestants only have a short time to guess what could be on offer. The gamble is that there could be something fascinating inside that’s worth a fortune, or it could simply be boxes of old, useless junk. An auction begins, led by the show’s host Sean Kelly. Contestants bid for the lot, in the hope that they hit the jackpot.

Whoever wins the auction gets to keep the contents of the storage locker and sell on anything of value in the hope of making a profit. It’s a highly entertaining show, not least for the antics of the bidders and the often-tense and extremely competitive atmosphere among the contestants.

Some might call it a rather lower brow version of Antiques Roadshow! In fact, the host Sean Kelly once described it as the Antiques Roadshow meets WWF. The host spent his childhood in Germany. On leaving education, he worked as a store detective and later joined the army, working as a German interpreter. He was stationed in Iraq for a time and then became involved in auctioneering and nightly compering at comedy clubs. He got inspiration for Storage Hunters after watching a fight break out at an auction!

They say that one man’s junk is another man’s treasure, and this is definitely true of Storage Hunters. What one person may have discarded and abandoned in a storage unit could be a gem of a find for a future treasure seeker. However, the reverse might also be the case. What someone has lovingly put into storage but never able to retrieve could be simply considered a pile of junk in years to come.