Photos of Windows 10 will include ‘Timeline’, new gallery and audio import for video editing according to a filtration

Everything seems to indicate that Microsoft will announce very soon new features for the application Photos of Windows 10 , according to a filtration of the Italian site Aggiornamenti Lumia. In a few hours, they explain, they will reveal the news to members of the MVP program in the United States. New functions that the editorial team of the portal has been able to prove by publicly revealing some of them. 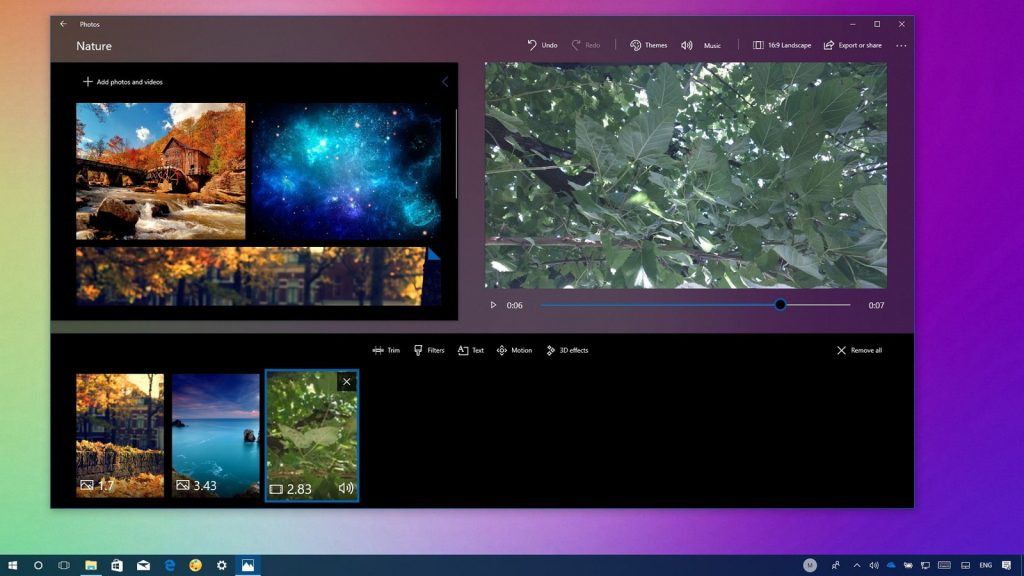 The image viewing application preinstalled in the last system of Redmond’s is on its way to becoming a complete multimedia editor. According to the filtration, Photos seems to soon have the integration of the well-known ‘Timeline’ function , which in this case will allow users to move quickly in reverse chronological order through the photos or videos indexed in the application.

Timeline and new gallery for Photos

Located on the Collections screen , the timeline will remain on the right side, vertically. If we click on it and drag it, we can move through the audio-visual archives cataloged month by month or year by year in an agile way. Users with more photos and videos will appreciate this functionality.

The news in the Photos application continues with an update of the view of the gallery , which will add a small preview of other images, something that had already been anticipated and will soon be enjoyed by the Windows Insider program members. Basically it will allow us to visualize a particular photo in large, while at the same time it will be possible to move through the small display of others that will appear in the lower part of the screen.

Edit with Paint 3D and new options for video editing

Microsoft will also include a 3D Paint integration in the application, so it will allow the editing of images from this service only by clicking on a new option, Edit with Paint 3D , located in the editing and creation menu , always according to this filtering.

Following with the creation tools, Windows 10 Photos will include a new section for audio and the possibility of adding personal audio files to the creations of videos that can be made from the application. In addition, although they have not shown captures of other characteristics, from Aggiornamenti Lumia ensure that you can also add stickers to the videos we create, text or 3D effects.