Exploring the Mining Heritage of the Wicklow Mountains

The national park of the Wicklow Mountains in Ireland is one of the most stunning areas of countryside in the country. If you are planning to visit the area, you will certainly not be disappointed, with many local places to stay and some fantastic places to walk and explore, enjoy family days out and take in the local sights and the history of the region. Do remember to pack warm clothes such as aran sweaters and umbrellas, as the weather can be cool and damp at any time of the year and can change with little warning! 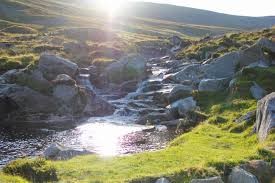 The Wicklow mountains may look on first glance as if they have been untouched by man, but on closer inspection you will find a lot of history in the area. What was once a huge monastic settlement, which thrived for many centuries, later gave way to be a mining region, and there are many mining sites to discover here.

During the building of the Great Military Road in 1798, the road running through the park, which is still used today, the engineer discovered that there was lead in the surrounding hills. In 1809, the Luganure mine was established as the first mine of the region. Despite being closed down only 11 years later due to lack of profit, it didn’t take long for mining to take off in the area. 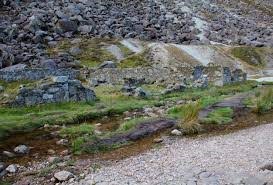 The mining company of Ireland purchased the original mine and over the next half a Century, huge amounts of both lead and silver were mined from the rocks in the area. Vistors to the park today can see the abandoned ruins of the mining villages, as well as the heaps of sand from where the excavations took place.