Why a car like this is worth more than a million dollars?

More and more frequently we see launches of hypercars, cars of limited series whose price is more than million dollars. These cars offer performance and exclusivity that exceeds supercar standards. No longer are you looking for a Ferrari, of which 7,000 are produced per year. Hypercars will produce a few units a year. And these, of course, go through the stone to the cheaper Ferrari, although for normal use there is not so much difference.

Welcome to the time of the hypercars, the cars that are more exclusive, more expensive and more powerful than those with which we dream. And at an absolutely higher price than we were accustomed to. Why do you pay a million or two or three or four for a vehicle of these? 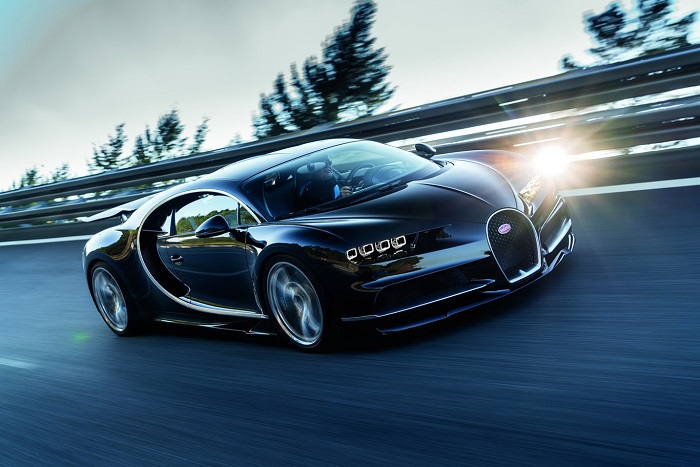 Because there are those who can pay: UHNWI

UHNWI is not a new technology for your mobile phone, but the acronyms of Ultra High Net Worth Individuals, or Ultra High Net Wealth Individuals. This category of the rich is what we call those who could be called “many millionaires.” UHNWIs have more than 30 million liquid assets (in accounts, shares, bonds …) or $20 million in annual income. These very wealthy are followed closely, both by banks that are willing to manage their money, and by producers of luxury goods.

In addition, there are more and more “billionaires”. In 2015 there were 172,850 UHNWI, 61% more than ten years earlier, in Great Britain alone about 10,000 of these individuals. They also have 13% of world wealth and many of them are willing to spend it.

So imagine that you are a millionaire of these and you go with your brand new Ferrari California to a restaurant and you find that in the door there are two more like yours and the alternatives of Lamborghini, Aston Martin, Porsche and Bentley. How do you distinguish yourself? You have two options: one is to go to more alternative brands (like McLaren), and the other is to go to more exclusive levels, like a Bugatti Chiron.

There is demand for cars of this price, but although we may seem the UHNWI are not dumb. If you sell them a car of one million euros, it has to be differentiated enough from the one fifth worth . Here we start with development costs.

The development expenses of a hypercar

Developing a hypercar is not much more expensive than developing a supercar , in fact many times it is cheaper to develop as many times these vehicles are based on a cheaper version of the existing manufacturer. For example the Lamborghini Veneno (of which only three units were extracted to three million euros each ) was based on the Aventador, and the Motor W16 of the Bugatti Veyron was based on two V8 engines that were used in other models of the Volkswagen group.

However, although the development costs are few, they have to be distributed in even fewer units sold , so that in the price of a Veyron were paid more engineer hours with an AutoCad designing the car than if we buy a Golf from which they will be sold Millions of units worldwide. Of course, including the homologations to make it legal to move down the street with the Bugatti.

In the case of Veyron in addition only 300 units were manufactured (and another 150 of the Spider version). Del LaFerrari, 500 units. So getting the normal production standards of a Volkswagen group car was going to be expensive. But even for the richest of the UHNWI this car was too vulgar, hence more special editions were sold than the normal versions of the car. Although many times these special editions were nothing more than a tuneo, Bugatti lost money with every Veyron that left its factory.

Volkswagen in return hoped to position Bugatti as the brand of hypercars, and with Chiron intend to recover losses, even in part . Not the only one, of course. Alongside cars developed within large groups or other manufacturers there are still handmade car manufacturers such as Henessey, Pagani or Koenigsegg, which offer even more exclusivity. Many people on the street will be able to distinguish a Bugatti, but most likely do not know the price of a Huayra. Like a LaFerrari they will notice the Cavallino of the Scuderia, but few will know that much more expensive than the California we have mentioned before.

Why develop a million dollar car?

What do we get when developing these geniuses? To begin with hypercars create an intangible for brands. Making hypercars makes the brand at a higher level. Those who make only hypercars like Koenigsegg or Pagani do not benefit from this intangible, but they do the ones that make supercars, or even normal cars (like the Ford GT ). Additionally, manufacturers obtain advertising and media presence. A press release on the last monster of a thousand horses will go around the world in the specialized media.

In addition the development of these cars allows car manufacturers to investigate, design and test new technologies, in addition to putting them in the real world outside the boring test benches.

And there is another reason: because they are a business in itself. This is known by niche manufacturers who focus only on this segment. There is demand for these vehicles and you can monetize. That does not mean that they are a guarantee of success, there is more to see what has happened with manufacturers like Marussia.

So in short, if a brother-in-law tells you that it is impossible for a car to cost a million dollars, you can tell them that it is perfectly possible. Because they are expensive to develop, because they are manufactured very few and especially because there is who can pay them, easily. Of course, you will not get rid of the end of the conversation with a “because my utility brings me and takes me everywhere.”