How the Queen gave us Television (not directly)

There is a lot of controversy at the moment over whether the Netflix series The Crown should carry a warning that it is not documented. Despite being based on facts it has taken considerable liberties to advance the story of the House of Windsor and some of its members are said to be unhappy about how they are portrayed. It’s quite ironic given the fact that if it were not for the existence of the Royal Family, and the Queen in particular, we may not be so in love with the idea of television ownership as we currently are. It’s why we need to have company’s like https://www.onevisionltd.co.uk/tv-aerial-installation-cardiff who looks after TV Aerials Cardiff way so that we get good signal.

The Queen’s coronation in 1953 created the whole expansion of the television set and the television age in general. Up to that point the populace were quite content to go to the movies or listen to the radio for their visual entertainment. Books were also still incredibly popular. The country was still trying to recover from the War and rationing was still very much in evidence. Therefore the sight of this young Queen ascending the throne with such promise and hope (plus confirming that Britain still had something of an Empire) was a great draw to see it live, televised as it was for the first time. 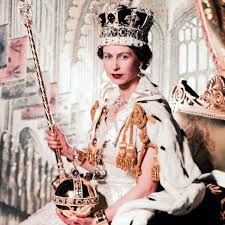 People flocked to neighbours who owned a TV to see the events unfold. Although for the vast majority it was seen in Black and White it was for most the first time they had seen inside Westminster Abbey and the whole process. It was suddenly open to those not living in London. The ownership of a TV began to become a priority.