The real estate industry is vibrant in New York City and there are many great properties around the Financial District. Some people choose to live in properties near Wall Street because they need to stay close to the stock trading action. Manhattan is wide and vast with a population of 3.9 million people spanning across 22.82 mi². Discover the prominent real estate in the Financial District. 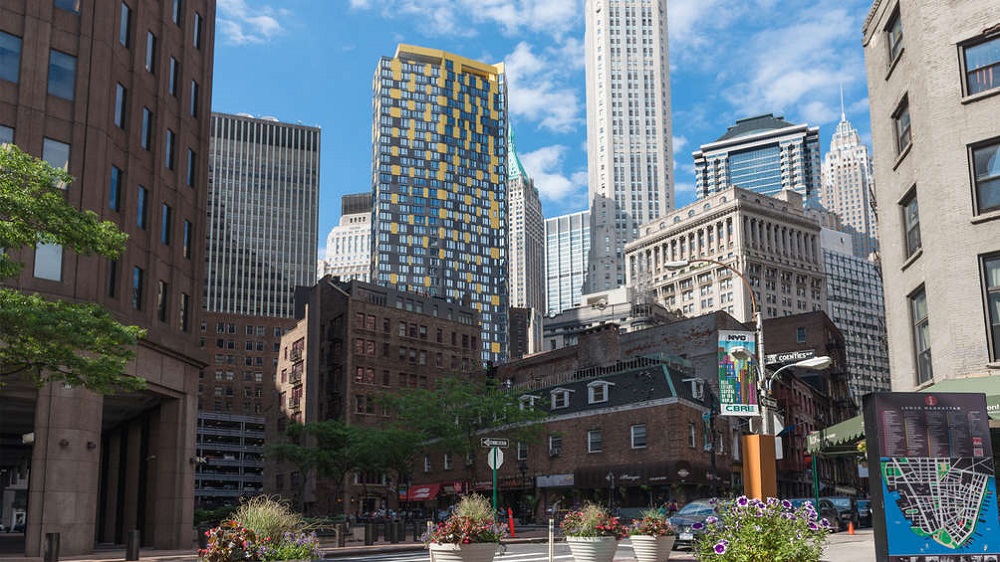 Overview of the Financial District

The Financial District is a 24-hour neighborhood bustling with a lot of energy. Daytime traders, office workers, foodies, fashion experts and entertainers all make up this community. Exclusive entertainment is everywhere along with the various cultural landmarks, fine restaurants, visual arts institutions, and of course luxury apartments overlooking the East River. This neighborhood is the epitome of the active energy in New York City.

Historic Landmarks in the Area

One major landmark is the Trinity Church on Wall Street and Broadway for the Episcopal community. Nearby is the City Hall government building, which is known as the “seat of New York City’s government.” Within walking distance is the Brooklyn Bridge for an easy commute of walking, jogging, or bike riding. Sitting right on the East River is a historic waterfront district called the South Street Seaport, which is now a 450,000 square-foot shopping mall full restaurants, shopping centers, entertainment and fashion institutions.

How Has The Neighborhoods Changed?

The South Street Fish Market, now known as the Fulton Fish market, opened in 1822 on the waterfront of the Financial District but later relocated in 2005 to Hunts Point, Bronx. After the move, the area flourished with luxury apartments and large shopping malls. Because of that change, the population has tripled. This area remains one of the most high-profile districts in the city.

There are many luxury apartments in the city today and the Fidi Apartment Brokers have some nice ones. They range from $2000 to $6000 per month for studios-3 bedrooms with 1-2 bathrooms. The Financial District has a lot of great real estate deals for developers.