The bench press is one of the most used exercises for upper train training, mainly involving the pectoralis major and the triceps, followed by the anterior deltoid. In turn, the middle deltoid also acts as a stabilizing muscle .

This exercise is usually performed free or on a machine , commonly called a Smith or Multipower machine. 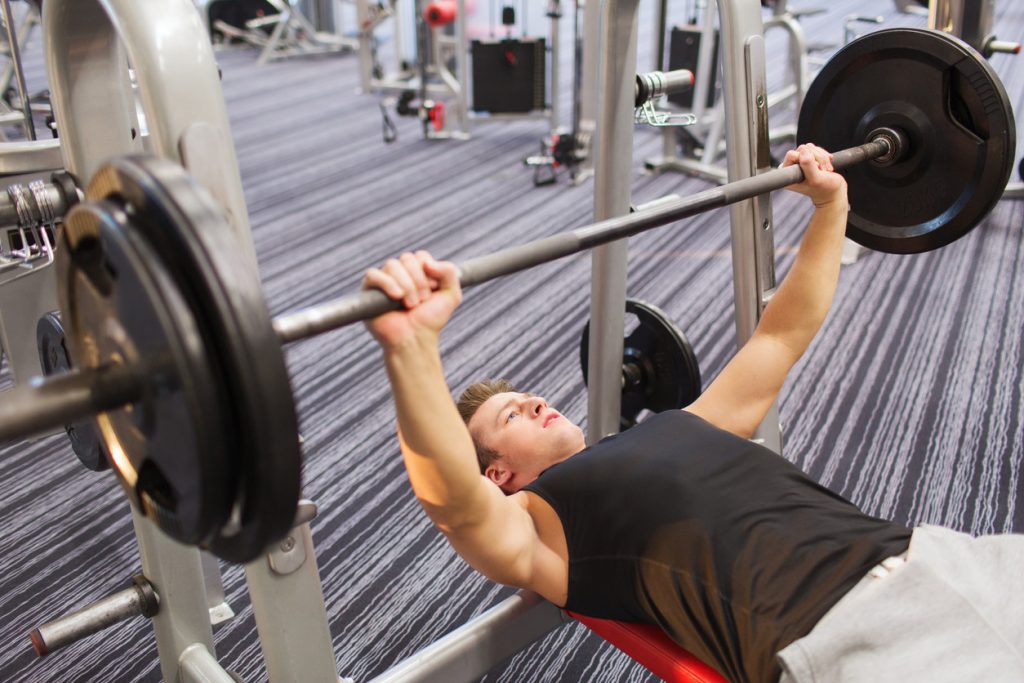 The free bench press offers instability in all three planes of motion, forcing the subject to contract the muscles in a more natural way to balance on all three planes while exerting force at a speed that is not constant.

This is important for the subject who wants to increase the muscle strength of the main muscles (pectoralis major, triceps and anterior deltoids), while the stabilizing muscles participate precisely as their name suggests, stabilizing.

In turn, the performance of the free banking press often requires more practice to master the exercise well due to the need for greater control and balance .

On the contrary, in the bench press machine that machine guides the bar in a fixed path that requires very little balance by the subject compared to the free bench press.

But, do both exercises activate those muscles equally?

It has been verified that the activation of the pectoralis major and the anterior deltoid is similar in the free banking press and in the machine bench press, independently of the load and the level of experience of the subject.

But there is an important difference, and this is in the activation of the middle deltoid (stabilizer), which is significantly greater during the free banking press than it is during the bench press machine.

The instability caused by the free bench press requires a greater response of the deltoid medium as a stabilizer and aiding in the production of strength.

This highlights the important stabilizing role of the middle deltoid during the concentric phase of the bench press.

Do we then discard the machine bench press?

The bench press is a common exercise performed by both athletes and gym usersand is usually prescribed by coaches in strength training programs.

As we have commented, the free banking press can lead to an increase in the need for stabilization on the glenohumeral joint of the muscles such as the middle deltoid.

Therefore, many sports such as tennis, paddle tennis, basketball, baseball, volleyball or hockey, which include movements that require strength and stability of the deltoid over the glenohumeral joint, may benefit more from the use of the bench press over the bench press machine because of its potential for more specific muscle development in sports.

These subjects can take advantage of this exercise in machine due to its reduced requirement of stabilization of the glenohumeral joint, besides that as we have seen it produces similar activations in the pectoralis major and the anterior deltoid.

In turn, the bench press machine can be used by experienced subjects who seek high degrees of fatigue at the end of their training routines .

These subjects could use this variant to continue working the muscles of the upper body without the risk of using the free bench press with a lot of accumulated fatigue that would make them lose the technique, with the consequent greater risk of injury .

Do not be radical and discard an exercise directly, both bench press can be very useful and we can use them in our strength training routine according to the objective we have.