Raynaud’s syndrome or cold hands: a condition that worsens in winter

With the cold of winter, some diseases flourish, especially those affected by this season. This is the case of Raynaud’s syndrome or cold hands, of which today we tell you its causes, symptoms and treatment.

What is Raynaud’s syndrome?

Raynaud’s syndrome is a disease of the blood vessels that generates stressful situations or exposure to cold, vascular spasms that prevent proper blood flow, especially in the fingers and toes, as well as in ears, nose and even in the nipple . 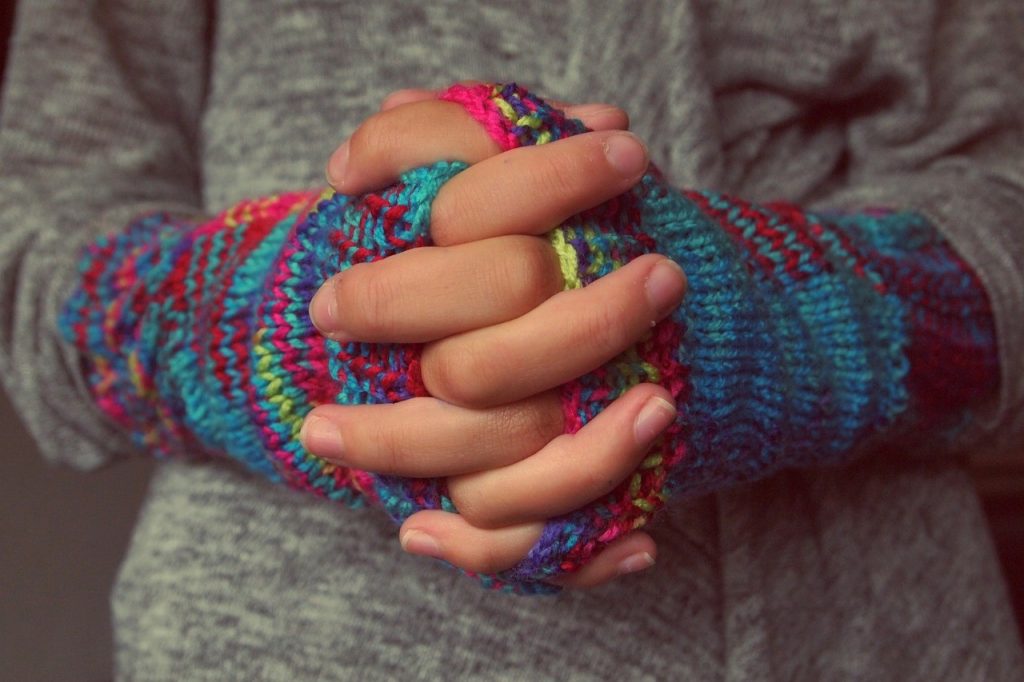 The scarce arrival of blood and therefore of oxygen to the tissues causes a cold temperature and a blue or white coloration in fingers or other affected areas, hence it is also called cold hands syndrome.

Once a vascular spasm has occurred, it can happen from minutes to hours until the blood flow is restored and the affected areas turn red initially and then recover their normal color and temperature.

It is a rare disease, more frequent in women than in men and in people who live in cold climates, as experts from the Mayo Clinic point out.

What are the causes of Raynaud’s syndrome

There are, according to their causes, two types of Raynaud’s syndrome:

Anything that causes a contraction of the blood vessels and therefore prevents the proper flow of blood may be the cause of a secondary Raynaud syndrome, while there may also be a primary syndrome or Raynaud’s disease without apparent cause, especially if any our family has suffered.

It is very common that a secondary syndrome, Raynaud syndrome associated with an autoimmune disease, as noted in a study published in the journal Surgery , such as lupus, scleroderma, among others.

The symptoms of Raynaud’s syndrome

As we have said, the main trigger of Raynaud syndrome or cold hands is exposure to low temperatures, for example, opening the freezer, getting your hands wet with cold water or touching a glass with frozen or frozen foods may be the trigger for the symptoms , as well as some stressful situations.

Among the main symptoms is the blue or white coloring of the fingers and even the palms of the hands . It can also occur in the toes, ears and nose.

The affected areas may also experience tingling, numbness and pain , the latter being less frequent.

Since the symptoms are caused by the limited arrival of blood and oxygen, in severe cases there may be tissue damage, with ulceration and death of the tissues if the affected area receives no blood for a considerable time.

After the episode that generates this high sensitivity to the cold there is usually reddening and burning sensation in the affected areas due to the restoration of blood flow.

This is how Raynaud syndrome is treated

Once we have presented an own attack of Raynaud’s syndrome (blue or white coloration in hands and numbness of the same), the fundamental thing is to keep the disease under control avoiding that another attack develops , since with each of them the capillaries of the hand and fingers are narrowing more and more and thus, each acute episode is more serious.

So, it is recommended to avoid exposure to cold in the extremities particularly, using gloves and socks even when being indoors or when we are going to open the freezer.

Washing your hands with warm water if we are facing signs of a new attackcan prevent it and always sleep with gloves as well as covered or with socks can be key to avoid an attack at night if there are changes in temperature.

Using glasses with thermal insulation , regulate the air conditioning in a higher temperature in summer and warm up very well in winter is also essential to keep Raynaud’s syndrome under control, as well as the elimination of medicines and stressful situations that can trigger an attack.

Surgery that avoids nerve stimulation in the cold does not seem to be effective against Raynaud’s syndrome, as American scientists point out , but it is best to avoid the cold that can trigger from time to time an attack of this disease that is aggravated in winter.