What foods should diabetics avoid?

Diabetes is a metabolic disease that affects a large number of people around the world and can be a product of our genes or our habits. Whatever its origin, the goal is always to keep blood glucose levels under control by avoiding both hypoglycemia and hyperglycemia. To achieve this, there are some foods that diabetics should avoid .

Glucose Peaks: The Enemy of Diabetes

Eating a cake full of sugar and refined flours, with almost no fiber or protein, can lead to a sudden rise in blood glucose, a condition that increases the risk of diabetes-related consequences if it is repeated frequently.

But in addition, after such hyperglycemia we can “correct” the glucose values using insulin or, try to reduce it with exercise, for example. 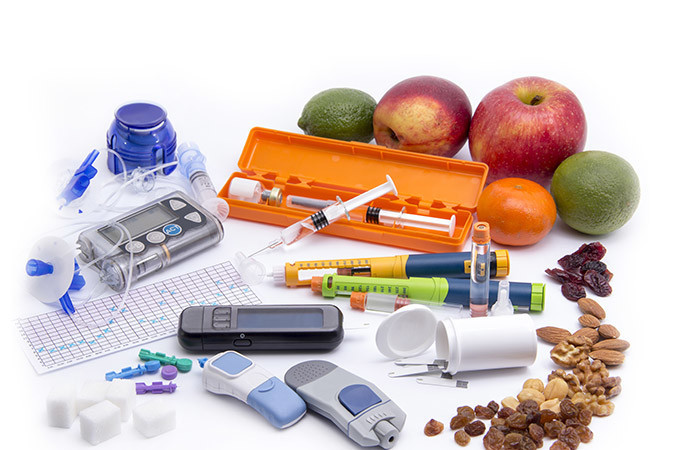 If the insulin is too much or if the exercise consumes a lot of glucose, we can have a reactive hypoglycemia , that is, after a sudden rise in glucose, it drops below 70 mg / dl, causing hypoglycemia that also implies a risk for our Organism, whose brain and many other important organs use glucose as the main fuel.

So the enemy of diabetes are blood glucose spikes, both down and up, something we can avoid or at least try to control with the help of a good diet and other lifestyle habits.

Foods That You Should Avoid If You Have Diabetes

As we have said, the main daily goal of those suffering from this metabolic disease is to avoid the peaks of glucose that can harm health, so we must avoid foods that are quickly digested and contain at the same time a large percentage of hydratesresponsible for one Sudden elevation of glucose. For example:

Beyond sugar, these are the foods that you should avoid if you have diabetesbecause their effect on the body does not contribute to the control of the disease but, on the contrary, can harm it and promote the development of glucose peaks and their consequences.