There is a groundswell of opinion in the artistic and architectural world that the school of Brutalism is concerned the worst thing ever to happen to the British isle. This is fueled in part by the now King Charles III, then just Prince Charles likening some of them to a “monstrous carbuncle”. Many architects did not take too kindly to their work being likened to a collection of boils but in some cases like with the Tricorn Centre in Portsmouth he wasn’t too far off the truth of the matter.. However, as the  Concrete Tewkesbury based provider Monster Mix Concrete will tell you, some examples of Brutalist architecture have been a triumph. 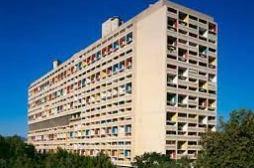 Brutalism came out of the modernist movement of the 1930s. After the Second world war the idea began to take shape in public buildings and offices around the world. Designers have seen what could be achieved quickly, and strongly with Concrete in the creation of Bunkers and batteries. 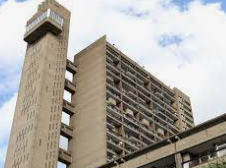 Unité d’Habitation de Marseille is one of the first and is widely accepted as a brilliant piece of living space by the brutalist master Le Corbusier. It combined modernist efficiency with brutalism. The same is true of Goldfingers Trelick Tower in London. It is viewed as one of London’s most iconic living spaces and has been used in TV and Film several times, most recently it featured in the interactive episode Bandersnatch as part of the Black Mirror series.