22,000 London police will now be getting body cameras

After a trial period and a public consultation, thousands of Metropolitan Police officers are being given body cameras. They will wear the devices while working, to record any incidents they attend. The idea is to use the footage recorded as evidence in criminal cases, with the Met saying the cameras will help victims of crime and their officers. 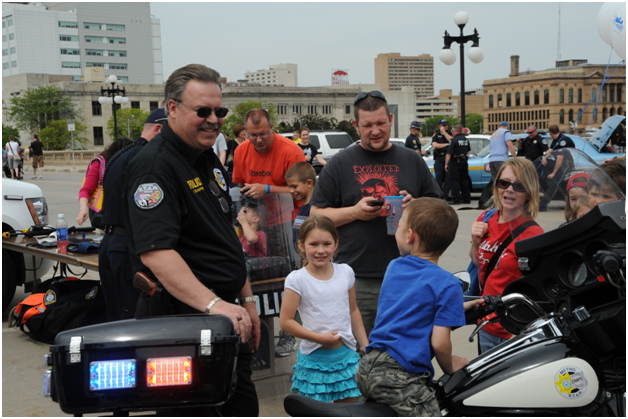 How do they work?

22,000 officers will now be using body worn cameras while on patrol around London. They are small cameras worn on the shoulder of officers’ uniforms, so they can record what the officer is seeing and doing. They will only record when they are turned on.

Once the cameras are docked at the end of a shift, any footage they have recorded is uploaded to a secure server, so it can be used as evidence in court cases. That means a judge and jury will be able to see exactly what happened once police arrived on the scene, as well as hearing witness statements.

The Metropolitan Police website gives a full overview of the system they are using, so you can see exactly how the cameras look.

Do they record everything?

Body worn cameras are not turned on permanently. They are there to be used when necessary and if an officer is recording you they will tell you. Members of the public can see any footage recorded by officers, if they want. To view it, you need to apply in writing using Freedom of Information laws.

You can find out more about the cameras and the laws surrounding them here: http://www.pinnacleresponse.com/body-cameras-and-the-law/.

What are they for?

The cameras will be used to gather evidence, which can be used in court or to secure convictions. Studies of their use have already shown positive results, especially in domestic abuse cases. Researchers have found the footage recorded on body cameras can be used in those cases where the victim may be reluctant to speak up. The visual evidence is also likely to lead to an abuser admitting to their crime more quickly.

Overall, a trial of the cameras in London found criminals were more likely to plead guilty to offences when they knew they had been recorded. The Metropolitan Police Commissioner says that will lead to “speedier justice”, which can only be a good thing.