Any excuse to enjoy a nice glass of Guiness

We are fast approaching St Patrick’s Day on the 17th March, where families and friends will be sharing their ST Patricks Day Gifts – you can shop ST Patricks day gifts here if you are stuck for ideas this year – and a glass of Guinness or maybe two will definitely be on the menu. 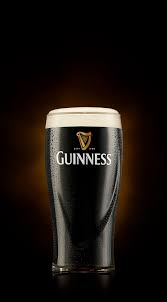 The stout was hailed as a “valuable restorative drink for after Influenza and other diseases” in national print advertising, which included a doctor testimony praising its ability to heal insomnia and enrich the blood.

The tasty mixture of Guinness and champagne known as “Black Velvet” was created in 1861 in London to commemorate the death of Queen Victoria’s consort, Prince Albert. According to reports, a bar steward at Brook’s Club concocted the drink with the idea that even the delights of champagne should be dressed in black to commemorate the tragic event.

The harp is a well-known symbol of Ireland. The ancient symbol was first used in branding by Guinness in 1862, on the label of its buff oval bottle. The attorney general’s office trademarked the harp in 1984. They hoped to make things easier by having the harp face both directions for optimum theft security. Guinness, on the other hand, had been using a right-facing harp sign long before the modern state of Ireland even existed, and the government was afraid that this would be challenged. As a result, the attorney general only registered the government’s trademark as the harp facing left.