If you long to live somewhere oozing with culture with fascinating things to see and experience, then check out this lowdown on some of the most culturally stimulating cities to live in:

Known as the City of Art, Paris is pure culture. Home to a huge number of thinkers and artists during the 19th and 20th centuries, their work can be seen in the vast array of galleries and museums around the city. The Louvre is one of the most visited museums on earth and you’ll also find the Musee d’Orsay and many other attractions dedicated to famous writers. Opera houses, music venues, bistros and ballet – there is no end to the cultural delights that Paris has to offer. To find Property for sale in France, find property at french property search

For a thousand years, this city was the Imperial Japan’s capital and as such is teeming with cultural sites and places of interest. Some of Japan’s National Treasures are homed here, along with a fifth of the nation’s Important Cultural Properties. There are numerous art galleries featuring both Buddhist and Japanese art as well as the 17 historic buildings including the Shinto shrines, palaces, castle and temples. The ancient site is simply awe-inspiring and is protected as a UNESCO World Heritage Site. 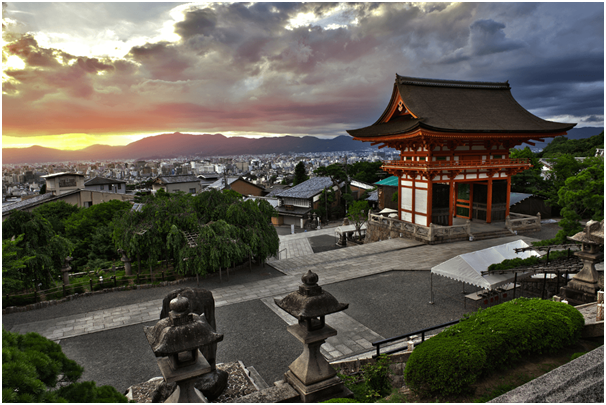 As one of the earliest civilizations, Rome is an extremely attractive choice with its wealth of classical ruins and stunning Renaissance and Baroque art and architecture. See churches designed by Michelangelo and of course, the iconic Sistine Chapel is not to be missed. Beautiful medieval fountains adorn bustling piazzas where fresh food and coffee is a way of life, not a passing convenience.

Due to its location between Europe and Asia, Istanbul is a vibrant mix of many cultures. Originally called Byzantium, the city has been inhabited since 660 BC. Holding huge significance throughout history, it was the imperial capital for the Byzantine, Roman and Ottoman empires for 16 centuries! As you can imagine, the architecture is a magnificent mix and includes the Hagia Sophia, once the biggest cathedral on earth. Today Istanbul is a vibrant, modern city involved in many art and film festivals.

Vienna is to music lovers what Paris is to art lovers. Mozart, Beethoven and Strauss are famous sons of the city and as such there are regular concerts everywhere – churches, parks and grand concert halls. Vienna also boasts its fair share of museums, displaying works from many of the Old Masters. The city was also highly influential in the modernist era and boasts many art nouveau buildings, designed by Otto Wagner.

An honourable mention to our own capital with attractions and culture to suit every taste. As well as the usual historic haunts, you’ll find opera, the London Symphony Orchestra, the world-famous West End and modern venues with busy itineraries such as the O2 Arena and Earl’s Court. Galleries and museums include the Saatchi, Tate Modern, Tate Britain, National Gallery and British Museum. A wonderfully dynamic, modern city with ancient roots.