Everything you need to know about oak

The mighty oak tree is one of Britain’s favourite trees, and is also the most common tree species in the UK. A huge deciduous tree, it can grow up to 100 feet high and 150 feet across, and is commonly found in the central and southern woodlands of Britain. They’re often a symbol of endurance and strength, and are hard to miss due to their large size and recognisable features. 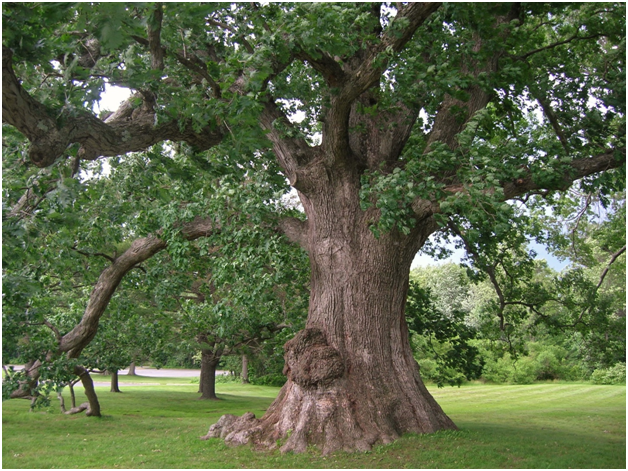 Characteristics of an oak tree

When young, oak trees’ growth is especially rapid, but as they mature their development gradually slows down. Mature trees create a spreading, majestic crown that lets in light to the lower levels. Their dark brown bark turns rugged over time and takes on an appearance of scaly ridges as it ages. Oak trees’ leaves burst out during mid-May and form smooth edges to reach around 10cm in length: and everyone loves the orange, red and yellow shades of the leaves in autumn.

One of the much-loved aspects of the oak is their long, hanging catkin flowers that dispense pollen into the air. Acorns follow afterwards and are created on long stalks held by cupules. As they turn from green to brown, they eventually fall to the ground and are usually picked up by squirrels and mice as a source of food. However, a #surprising fact about oaks is that they don’t usually produce acorns until they’re at least 40 years old! 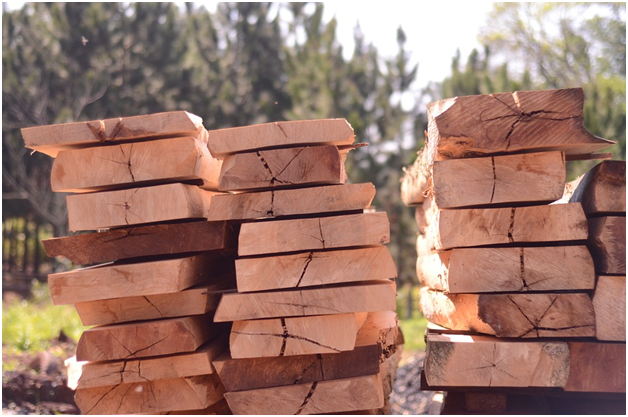 How we use oak

It takes up to 150 years before we can use oak for building: and due to its sturdiness and durable timber, oak has been used for thousands of years. Until the middle of the 19th century, it was the leading hardwood timber for building ships and for architectural beams. We still use it today for creating furniture, porches, flooring; building an Oak CarPort; and of course, as firewood. It’s not only used by companies such as www.bespoaktimberframes.co.uk for its high-quality hardwood properties, but also for its attractive wood grain.

If you have an oak tree in your garden keep an eye out for signs of disease. Although the causes of disease are not entirely known, signs that you might have an unhealthy tree include yellowing leaves and foliage on the top branches, which may eventually die.