Girls who make us giggle

It seems to be a great time for female comedians right now with many of our nation’s funniest women regularly appearing on TV. Here we take a look at some of the best lady stand up comedians from past and present and what it is that makes them so appealing. For information on how to Book A Comedian, visit https://thecomedyclub.co.uk/.

How could we not start off with the late Victoria Wood? She represents the pinnacle of women’s stand up and was a much loved regular on our TV’s. Her character comedy was sheer brilliance and her many jokes, sketches and songs, drawn heavily from her Lancashire roots made for keen observations of the experiences of ordinary working class women everywhere. She won Baftas for her writing and straight acting too and won Best Live Stand Up at the British Comedy Awards in 1991 and 2001, showing that her humour was long-lasting and classic. Her best loved song which makes us laugh everytime we hear it is ‘The Ballad of Barry and Freda’ – an ode to middle-aged sexual frustration. 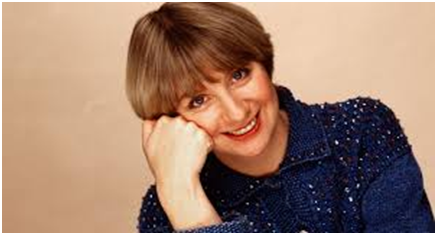 Sarah Millican is a comedian from Newcastle who started on the circuit at the age of 29 drawing much of her material from her recent divorce. She has a really warm delivery which means she can get away with quite explicit material and this is her main appeal. In 2008 she won the Best Newcomer Award at the Edinburgh Fringe Festival and she now appears on numerous TV shows and has had her own show on BBC’s Radio 4.

Miranda Hart has enjoyed great fame and success recently and at one point it seemed you couldn’t turn on the TV without seeing her. She had her own sitcom called Miranda and is an accomplished actress and comic. Her shows at the Edinburgh fringe have been hugely successful over the last decade. She focuses mainly on character material and sketch based comedy and is fairly self derogatory about her impressive 6ft 1in stature.

Laura Solon became only the second woman to win the Perrier Comedy Award in 2005 at the youthful age of 26. She started performing as an undergraduate at Oxford where she decided that character based comedy as opposed to stand up was the thing for her. Her characters have achieved great praise for their originality. She was quickly snatched up by the BBC to develop comedy projects and had 3 series of a radio show. She also appeared with Harry Enfield and Paul Whitehouse in their TV shows.

Lucy Porter is another familiar face and can be seen regularly on shows Mock the Week and Have I Got News for You? She has been on the stand up circuit for more than a decade and her Edinburgh shows have achieved great acclaim. She is brilliant at interacting with her audience and as she draws in their confidence can often sneak in some more serious subject matter such as morality, love and economics. She also writes for television comedy shows.