TERN – New drone for US Navy

In a closed press conference in Los Angeles, the company Northrop Grumman unveiled a prototype of the new drone. Was ordered by the Defense Advanced Research Agency, they will become the replacement for the majority of aerial surveillance means used by the Navy US.

Sea-based drones were developed several years as part of a secret project “Tern” (TERN – Tactically Exploited Reconnaissance Node). So-called “tactical reconnaissance units use” every step of changed shape. Their final design and features have not yet been published in open sources. Now Northrop Grumman is engaged in realization of the third (penultimate) stage of the program. This company will have to submit in the next year a working prototype for a test run. 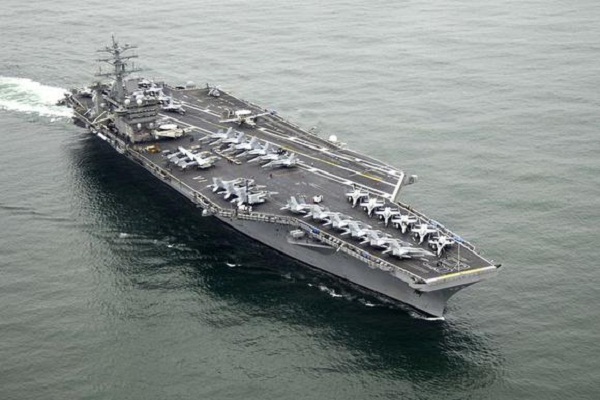 While probably only known form of the new drone. This again will be “flying wing”, but with the possibility of vertical takeoff and landing. It will eliminate the need to equip the ships decks and make use of naval aviation more effective. With the advent of its UAV aircraft may appear from each ship – regardless of its size and purpose. In addition to the cameras for aerial photography and they will be able to carry other payloads, including small missiles and targeting systems. It is expected that in many scenarios TERN replace helicopters.

Over the past fifteen years, drones produced a revolution in American tactics of external operations. At first they were used by the CIA – mainly in the Middle East to monitor the movements of equipment and individuals. Then drones began to install missiles “air-land”, which destroys the key infrastructure of the enemy, as well as the leaders of “terrorist organizations”. Soon UAVs were regular army units and have proven themselves in the Navy. In recent years, the number of military pilots in the US is rapidly falling. Their place is taken by the operators of drones, which are always safe. In contrast to the pilot, the operator cannot knock down, interrogate and exchanged for other prisoners.

New drones do not accidentally name after terns – birds, when emerging from seasonal migration distance record. The main emphasis in the development of TERN has just been made to achieve the maximum effective range and duration of flight. On the main characteristics of TERN must exceed the MQ-9 Reaper, having smaller size and weight, as well as the launch of a simplified system?

Regarding that too, no official comment; from fragmentary messages DARPA know that the launch of the UAV can be performed using catapults or lifting accessories. The main condition – drones should not be required acceleration of the deck.

The contract proposal also specifies the minimum requirements to the weight of the payload (272 kg) and the effective range (1670 km). According to the portal Flight Global wingspan TERN be 914 cm. Sets it in motion will be multi-directional coaxial screws. This design was used in the experimental Lockheed XFV, experienced in the fifties of the last century.

As usual for a contract from DARPA struggled a few large firms. His proposals were put forward and AeroVironment – California-based Company with extensive experience in the creation of the UAV. However, before the final stage of development it reached only Northrop Grumman, previously created a few dozen aircraft carriers and actively uses the design “flying wing”. In the last report vice president of Northrop Grumman Chris Hernandez indicates that full-scale tests of the prototype will take place in the Pacific Ocean on the decommissioned warship.