When a smile stands for universal kindness.

When it comes to Autumn and the weather turns more wet, windy and chilly than the glorious sunshine we have experienced over the summer it is normally for people to start to feel a bit fed up and irritable. The lack of sunshine and annoyance of wandering around town trying to juggle all of your shopping bags whilst holding an umbrella over your head to protect yourself from the downpour is enough to put anyone in a bad mood.

But in October, at least just for one day you can focus on all things happy and spend even the gloomiest of days making other people smile. World Smile Day takes place on the first Friday in October and is an annual event that sees people taking on acts of kindness in a bid to help make other people smile. In the fast-paced world that we are now living in we often forget to sit back and take the time to appreciate other people and sometimes even think about how other people may be feeling. Some larger organisations arrange for an office get together perhaps over a few drinks, you could even look into Gloucestershire mobile bar hire company www.wearethemoversandshakers.com/mobile-bar-hire-gloucestershire/ and have them come along to serve drinks late on the Friday afternoon.

So, how did World Smile day begin? 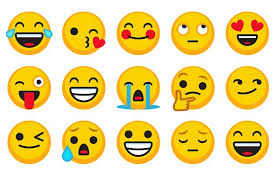 Back in 1963 Harvey Ball, who lived in Worcester, Massachusetts and worked as a commercial artist created the smiley face (like the one you can see in the picture). His creation has become one of the most recognisable symbols of happiness around the world. Ball became concerned that as the years went by following his creation of the smiley that it had become so over used in a commercial setting that it had almost lost all of its original sentiment as it was used so much that it had flooded the market and become devoid of meaning. So, he created World Smile day as a way of remembering that the kindness that the Smiley face symbolises is not affected by politics, or age, race or culture. Each year in Worcester, Massachusetts and now in places all around the world, the first Friday in October is declared as World Smile Day. 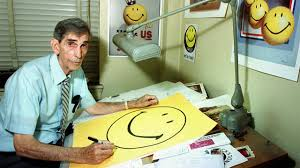 Emoticons like the smiley face have almost become a language of their own and are used regularly each day as a visual way of people communicating with one another. Sometimes these are used as a way of expressing emotion in a message and in other cases they have completely replaced the need for written words altogether.

After his death a foundation was set up in Harvey Ball’s honour and each year they sponsor the World Smile Day and continue to spread the word that was started over 50 years ago with the drawing of a smiley face!