These days, women have far greater spending power than in the past. In days gone by, the norm was that the family entertainment budget was more likely to be spent by the man of the house in the local pub. But in recent times, things have changed dramatically. 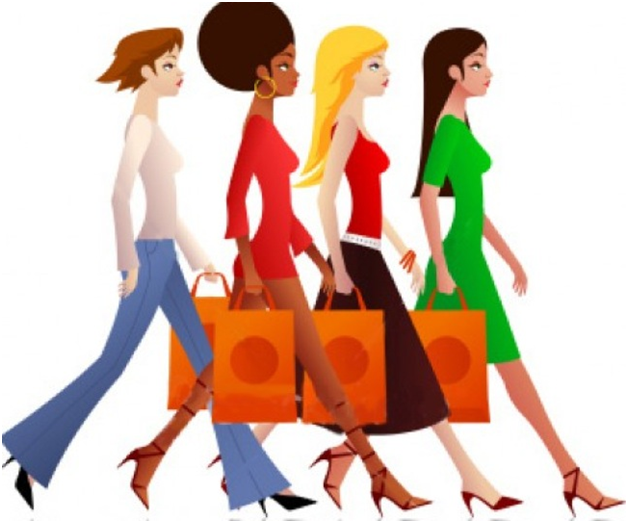 According to the Telegraph, women are now responsible for a massive 83% of all purchases in the UK. Due to this massive shift in financial power and control, it is predicted that the earnings of women will outstrip those of men by the year 2020.

This phenomenon is in part due to women marrying and having children later in life. According to the Guardian, the average age of a first-time mother in the UK is now almost 30. Of course, this means that women have much more time than in previous generations to pursue education and careers, as well as to establish their own wealth and spending power.

What Do Women Spend Their Money On?

As we have seen, women now have far more disposable income than in days gone by. Women are having children later in life, but when they do take the plunge, they now have the necessary resources at their disposal to be a force to be reckoned with in economic terms.

Mothers are now able to work from home thanks to cheaper calling tariffs and faster broadband lines.  Being able to sit in a dedicated room in their home or a garden office like those provided by http://www.gardenspaces.co.uk/garden-rooms/garden-offices/ allows them the flexibility to juggle them children’s needs and bring in additional income.

Additionally, women on maternity leave from their jobs have created a huge market for cafes and coffee shops. These offer a far more child-friendly environment and a better chance for women to connect and socialise with their friends than the local pub does. Many establishments offer various inducements to the family-friendly market, including play facilities such as books and toys. This means that mothers can take the time out to interact and have a little adult company while the children are happily occupied.

Another result of the increasing time spent by women and children in cafes and coffee shops is an increase in the amount of food purchased out of the home. Many years ago, a woman was much more likely to prepare food at home from scratch for the whole family. Now that they have the increased opportunity to socialise, it is becoming more and more common for meals to be purchased during the course of time spent with friends. This means, of course, that cafes and coffee shops have taken heed of the demand for children’s menus and light options which will appeal to mothers at lunchtime. Sandwiches and snacks are a popular choice in chain coffee shops, but more substantial options such as cooked meals are also available.

The increasing economic power of women is likely to continue its upward trend, and this will change the face of the UK retail market for years to come.