Apple believes that WebGL is outdated, and proposes the creation of a new standard for 3D on the web

Apple’s WebKit development team has suggested to the World Wide Web Consortium that it is time to discuss the future of 3D graphics on the web. To do this they have proposed the creation of a new standard API with which developers can take advantage of the power of the new GPUs today. 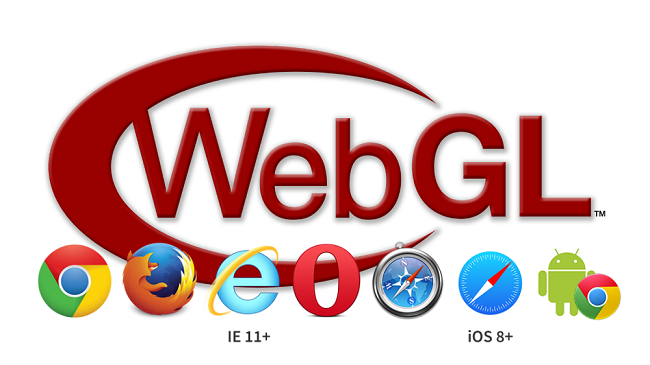 For Apple’s team, the success of the web depends on defining a common standard for multiple interpretations , something that is now not possible due to the architectural differences of the new graphic APIs. You can still develop 3D on the web with WebGL technology with OpenGL ES 2, but the latest APIs like Microsoft’s Direct3D, Vulkan from Khronos Group or Apple’s own Metal do not make use of it.

That’s why Apple believes the time has come to confront the situation and admit that WebGL has grown old, and all developers have to sit down and discuss the creation of a new standard that can take advantage of today’s technologies. Obviously, they have proposed their own prototype, but ensuring that they do not expect it to become the standard, but rather help prove that what they propose is possible.

Yes, WebGL has had a few years behind it, but a WebGL 2 is currently being developed with advanced graphics rendering features such as enhanced texturing capabilities and a new shading language. The first browser to deploy was Firefox a few weeks ago . However, since Apple believe that this new version of the standard is no longer enough.

The time has come to evolve

“In order to expose a modern, low-level technology that can speed up graphics and computing, we need to design an API that can be deployed on many systems , including those mentioned above,” said Dean Jackson, Apple’s WebKit team. “With a broader overview of graphics technologies, following a specific API like OpenGL is no longer possible.”

That’s why Jackson believes the new API should be able to take advantage of the computing power of modern GPUs with a basic set of features required by all of them. It should be an API capable of implementing a mix of platforms with different graphics technologies, all having the necessary security elements to be exposed on the web.

Apple has not directly proposed a new API for this feature, but have said that they were already seeing this situation, has given them time to prepare a prototype based on Metal . They have done so, they say, to demonstrate that a very low-level GPU API could be exposed on the Web for tangible performance improvements.

Those of Cupertino assure that their preliminary results are promising, reason why they want to share the prototype in a community and soon they will release the code in the one of WebKit so that the rest it can test and discuss its implementation.

” We do not expect this to become the real API that ends as a standard, and it may not even be with which the Community Group decides to start work,” Jackson said. “But we think there’s a lot of value in the code we’ve been working on.