Anyone who has used a PC will have noticed almost immediately one thing: all of them come, almost without exception, with the typical Intel Inside sticker. Located in the palm rests of the laptops, in the frame of the screen of an all in one or the tower of a PC, Intel has been present in all regardless of its nature.

I remember that when I bought my Dell XPS in 2008, it was one of the first things I removed in addition to the bloatware that came installed as a gift. He also started them every time he received a new PC from the consulting firm he worked for. And now, after reading an article by Ken Segall on the subject, I’ve fallen into the fact that the Macs have never taken them. 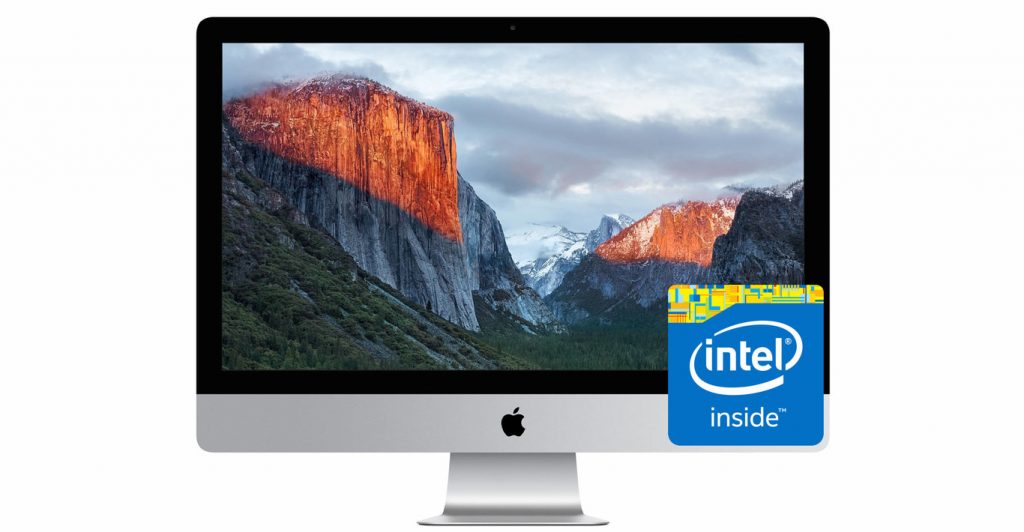 The story told by Segall, former creative director of the TBWA \ Chiat \ Day agency responsible for such famous Apple campaigns as that of Think Different, is very interesting.

Stickers and “free” income for manufacturers

The successful campaign of Intel Inside was born in the early 90s. PC manufacturers barely paid attention to the type of processors that mounted their equipment, until Segall, “Intel made them interested.” The microchip design and manufacturing company had no direct contact with the end customer, since their product was just another component of a computer. But in itself, it was the most important.

That’s why they wanted the public to appreciate Intel’s name.

This is how the idea of ​​the sticker was born, a sticker that would appear on all the computers manufactured that contained a chip of the company. With a sticker of “Intel Inside” on each computer, the consumer was constantly reminded that his computer and everyone around him at home or in the office had Intel processors. Based on repetition, the idea fell through.

The PC manufacturer at that time also struggled to achieve profitability. It was an undifferentiated market or commodity in which everyone moved beige boxes with Windows as an operating system. So when Intel offered them the ability to charge for placing a simple sticker on their products, they took the opportunity and ran with it counting the tickets.

Everybody? Of course not. There was a manufacturer who, even if he wanted to, could not have accepted Intel’s money because his computers did not incorporate their processors. That company was Apple.

From the War of the PowerPC to the embrace with Intel

The Apple Macintosh mounted processors developed by IBM, Motorola and Apple itself under the brand PowerPC. And they did it until 2006, the year in which the famous transition to Intel was made. Before this happened, when Steve Jobs returned to Apple in 1997, he began a campaign against the predominant processors in the market.

That if the Pentiums were slow like snails, the PowerPCs burned the Intel “monkeys” or that the Apple processors were twice as fast as the Pentiums. The case was to change the perception that PCs, for some reason, were considered better by having “Intel Inside”. However, the thing did not finish and Apple decided to change course.

It adapted its desktop operating system to the new architecture and abandoned the PowerPC forever, completing one of the most important migrations in the history of computing (a more recent one has been the transition to the APFS file system). Through this jump, Apple eliminated the argument (in its erroneous opinion) that the PowerPC were worse processors. Jobs thought that by matching the hardware conditions, the public would opt for a Mac due to superior software.

In the event during which Jobs unveiled the double life of MacOS X executives of Intel attended, an authentic signal of the change of the times. They had gone from an open war by Apple (indifferently from Intel) to being best friends. Segall was invited to that same keynote, who had a very interesting conversation with Steve Jobs at the end of this one:

I approached him with my biggest concern: “Please tell me we will not have to put that Intel Inside logo on our Macs”.With a big smile, Steve looked me in the eyes and said: “Believe me, I made sure it was in the contract”.

For Apple, showing one of the components of their teams prominently was to reduce the role of the Mac

And is that Apple no longer had the same financial needs as a decade ago, when it was a handful of weeks of bankruptcy. The iPod was still running at full capacity and the Macs also. A few months later the original iPhone would be born. So placing the Intel stickers did not make any sense. Quite the contrary, they attacked the brand of a Mac.

What would happen with the Intel processors, would they have some kind of marketing or relevant place in the box of a Mac? Steve Jobs made it clear then and wanted to make sure that the look did not deviate from his machines towards a simple (though very important) component. The Intel processors would appear named in the list of specifications of the box of the Mac, but as one more feature.