Instagram aims to be the Frankenstein of social networks

It seems that it was yesterday when Instagram announced the arrival of Stories, its own system of ephemeral photos and videos copied directly from Snapchat. The CEO of Instagram had no qualms about recognizing it. He even said that “it’s not about who invented something, it’s about a format, and how you take it to a network and put your own stamp on it.”

Just today we knew that now will bring the boards of Pinterest to its list of features, which, if the same thing happens with Snapchat, could leave very touched this social network. Bearing this in mind, let’s think that before Instagram had an entity of its own, and now it seems that it is going to turn into a monster made up of parts of other social networks. 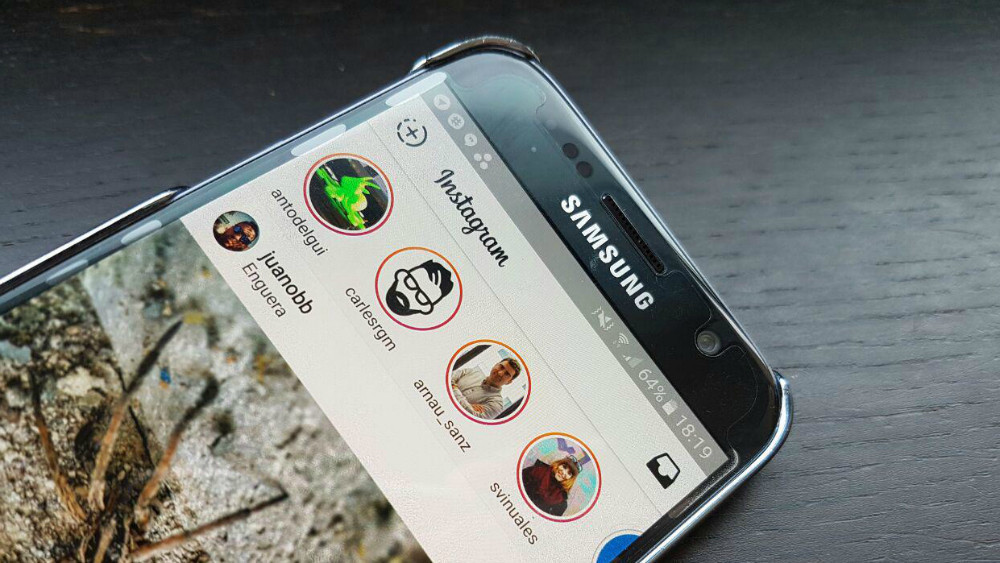 In addition, Instagram is now unstoppable, as demonstrated by its latest figures in terms of millions of Instagram Direct users. In addition, it is defeating Snapchat’s Stories in its own format. And all this adding pieces of others to himself.

This should not come as a surprise to anyone. It has been a long time since he heard about the “snapchatization” of Instagram, which began with the presentation of Stories. All that began with the failed purchase of Snapchat by Instagram.

And how could it be that, if Stories was an original Snapchat recipe, triumph in the hand of Instagram? Being clear and direct, because the interface of the ephemeral messaging app was not intuitive , so many users did not use it . Instead, instantaneously presents it just open the application, within reach of anyone.

The attack on Snapchat on this front continued. Stories was placed in the “Explore” section , and Instagram as a social network reached the not inconsiderable figure of 600 million users in the middle of the war against Snapchat. And all this while continuing to improve Stories day by day.

Taking into account that Facebook owns Instagram , it was logical that these functions also reach other company products. First it was the turn of the Facebook application and then WhatsApp . The matter became so scary that we got to ask if there was any difference between the applications.

And yet, Stories has not been the only thing that has copied Instagram to Snapchat. Now it has also attacked the ephemeral messaging , allowing Instagram Direct to respond with photos and videos to the messages of our friends. This direct hit to the foundational core of the ghost app seems to say “everything you do I can do better, and I’m going to erase you from the map”.

For its part, Snapchat tries to continue battling . They have it very complicated, especially if we consider that since the arrival of Stories to Instagram has grown 82% less . The company was raised at the time an IPO as a possible salvation, and although it did occur is difficult to get to worry about Instagram or its mother company.

As they published, Instagram goes to new feature per month, all adapted from the ecosystem of Snapchat. And now? Well, continuing with the comparison we made earlier, so that the monster continues to grow, it needs more parts to fit . And it’s the turn of Pinterest.

For those who do not know what we mean or ignore this social network, we can define Pinterest as a platform to share images that allows users to create and manage, in thematic personal boards, collections of images such as events, interests, hobbies and much more.

We should have seen some indication of this when, last December, Instagram added the ability to save the photos of other users through an icon in the form of a bookmark that appears in each image. At first this happened more unnoticed, but now that we know that you want to replicate Pinterest features makes all the sense in the world.

It is precisely in that tab where we can organize the photos in “collections” (you see that calling them “boards” sang too much). And we say “we can”, in the future, because the functionality to editthe boardsThese collections and giving them personalized names has not yet reached the users. However, everything seems to indicate that it is a mere matter of time.

Moreover, when you look at comparative photos of both functions, such as the one that presides over these lines, it is impossible not to notice the many similarities that they share.

To better illustrate what I’m trying to say, let me get a little literary. Let’s go there: the sadly deceased British writer Terry Pratchett published a book called Feet of Mud , in which some golems created a new one with bits of themselves . In the universe created by this author, the golems move through a writing known as “chem” that goes inside their heads and, in a few words, is what gives them “life”.

The golem of that book went crazy for a simple reason: his “parents” had placed their hopes and fears in the chem of the “son”. In the author’s words, the creature did not know who it was. Something similar happens to Instagram . The application is not far from crazy (in any case, I would say it is very profitable), but it is a mass of things gathered under one umbrella: it is still a social network of photography, but it also allows you to send ephemeral messages. In addition, it allows the user to respond to these messages with ephemeral photos and videos, and now even collections of images can be saved.

Before Instagram had an entity of its own. It might not be the most beautiful or colorful entity in the world, but it was his. Calaba among users, had its audience. And since Facebook bought it and started to transform it, it seems to have dumped all its desires on it , like the golem I was talking about before. They want it to work for many things, and maybe they’re losing a bit of the north for that.

I think I said it already when I spoke about the possible effect of WhatsApp Status, and I will repeat it here: Facebook wants to be the central page of the Internet, and for that it plans to squeeze the applications that it has under the wing (both its own, as well as those purchased ) everything I can. Instagram, of course, is not an exception.

The problem, as I said something above, is that they have wanted Instagram to be so many things that nowadays nobody seems to know exactly what it is . And what is clear is that it is more than a simple social network of photography, but to define precisely what is its role within the mobile ecosystem … that may require another type of analysis.