Over the years and computers, many of us tend to go by storing several old hard disks in a drawer or a closet. Too old and too short to be useful, but too full of “knowing what” data to throw them off cheerfully or just settle for formatting them.

After all, simply formatting a hard drive is not the most definitive way to remove the data it contains. That’s why today we bring you a small collection of several free tools with which to safely remove all data from your hard drive. We have everything for both classic HDD hard drives and solid state SSDs, and we also try not to be Windows-only applications.

In recent months we have offered other similar guides with specific tools for hard drives, such as those that help you check your health, those that allow you to manage your partitions, and those that free space by eliminating unnecessary data. Therefore, this last guide is like the end of a saga that we have been offering you during this year. 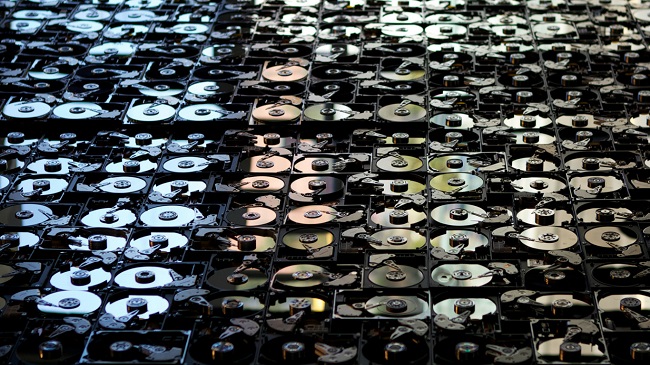 Darik’s Boot And Nuke, the best and most complete

Darik’s Boot And Nuke, also known as DBAN, is an open source program that has long been considered the best for data destruction software available. It is an open source project and totally free, which you can download in ISO format to dump it on a CD or DVD from any operating system and run it when starting the computer.

Therefore, all you have to do is to rip it and run it at the start of the PC where the hard drive you want to erase is connected. The interface is clear and basic, although its only thing against is that the amount of functions makes its instructions and documentation intimidate the beginners a little.

If you are looking for an alternative with a slightly more modern interface, but with the ability to work directly from a CD or USB when starting the system, CBL Data Shredder is a freeware application that you may be interested in. In addition to its ISO version, it also has an executable for Windows.

If you want to completely delete the data of the hard disk that is using your operating system you will have no choice but to use a USB and load the program when starting the system. But its version for Windows is perfectly capable if all you want is to kill all the data of any other internal or external unit.

The CCleaner application is well known among those looking to free up space by removing installed applications or browser data. But although a little less known, it also has an option that will allow you to safely delete the data from a HDD hard drive or a removable drive such as a USB.

What you have to do is run it, click on Tools and choose the Drive Wiper option . It will allow you to perform complex erasures of up to 35 passes. This means that the data will be overwritten with random binary code before each of the 35 formatting to minimize the possibility of recovering the original contents of the disk.

Eraser, option for Windows from XP

Although in this case it is an exclusive program for Microsoft operating systems, Eraser is another interesting option for all users of Windows XP onwards. It has some pretty eye-catching features, and is a free software tool published under the GNU General Public License 3.0 license.

The application stands out above all for including an option to schedule the schedules in which we want to perform the total deletions, being able to be daily at a specific time, weekly or monthly. Moreover, like almost all, it eliminates files, folders and the data of other programs previously eliminated. But of course, you will not be able to delete the hard disk on which Windows is installed.

With the tools to create DVDs and USBs executable from the BIOS is usually enough to cover any need regardless of your operating system, but KillDisk at least is one of the few that also offers a native application for GNU / Linux distributions in format. Tar.gz.

As for its functions, it allows you to delete several disks at once, supports maximum sizes of 4 TB, forces you to confirm the deletion to avoid errors and you have the option to remove only free space. It also allows you to create a removable drive executable from the BIOS. Its big point against is that some of these functions only work in their professional version.

HDDErase is another alternative to the previous options. Again thanks to its ease of use. Again it can only be used when booting from an external drive, but at least it has a simplified interface that makes it a bit easier to use.