Skype continues to improve its alpha for Linux, and adds SMS sending and improvements in identification

Since Microsoft announced in summer its new Skype client for GNU / Linux distributions has been improving it with new updates every few weeks. With this they are progressing little by little in the way to offer the same characteristics of those that already enjoy in Windows and macOS, although still are several steps to give. 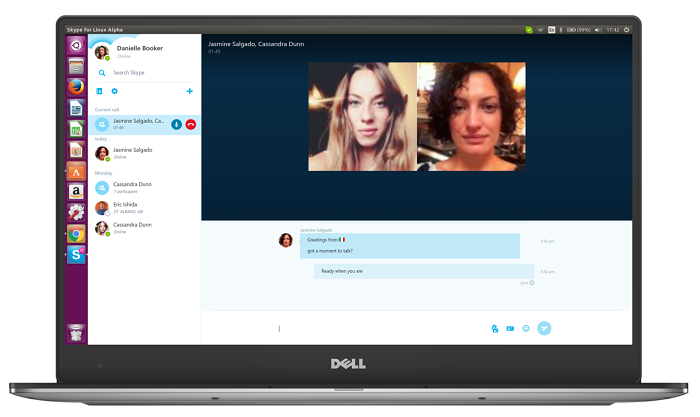 In its latest update, version 1.13, the Skype team for GNU / Linux has announced improvements in group calls, the identification system and solving several bugs. It also finally implements the sending of SMS messages from the Linux client.

Here is the list of Skype enhancements for GNU / Linux distributions:

It is still an Alpha version

Although with these new features Skype is getting a little more Linux on what Microsoft offers on other operating systems, it should not be forgotten that it is still an Alpha version, so it is still far from being concluded. That means that more biweekly updates will still be needed until linux users can enjoy a messaging application to match.

Skype for Linux is available for Ubuntu, Debian, Fedora, OpenSUSE and Dynamic distributions, and although it is still quite green and not quite stable it already has the vast majority of basic functions we can expect from it. You can download it through its official website.