Buy, therefore I am, or how the consumer has become data

When is a school, existence is determined – or at least that is what is believed – to have all those things that their peers have and get all objects of desire that either advertising or peer pressure have included on the list. It is the time when things ask parents saying that everyone has or which also must have that. Not being or being seems marked by the things you have.

Actually, this childish belief – that educators always try to refute arguments that relativize consumerism and try to make us better people – has a striking parallel in the world today. Today’s maxim stating that Descartesthink, therefore I am could be changed by a buy, therefore I am . Our existence is marked for companies and organizations for what we consume.The consumer has become simply a data source and everything you think or know the system each person is marked by all that information. In today ‘s world, and much more in the future, citizens will be what they buy from Amazon, what they read in your ereader, what they seek in Google, the miles accumulate in your client card gold, platinum or simply plastic your favorite airline or shopping list associating the supermarket loyalty card and coupons generated. 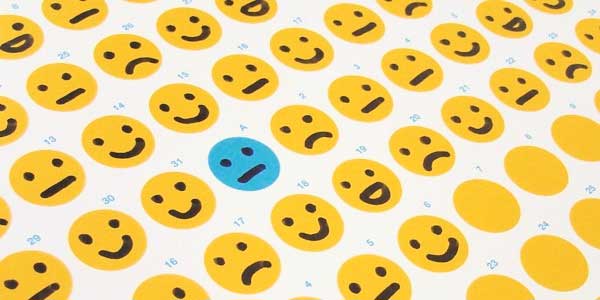 What we are can be clearly torn on data as it is fully trackeado by new technologies. Google, for example, has a broad profile of the things that interest your users and, of course, the publicity must show thanks not only to the data that has been provided to the company by opening different profiles in their services but also by monitoring navigation. Know the languages dominate, the age or interests us in Bollywood because once we have looked something about it. Facebook has all the data that the consumer provides the social network and now all that thanks to complete monitoring of navigation.

Get out of the system

Companies are interested in having all that information. The magic word for this is big data, the major technological trend that is leading the way large corporations. Every day are generated in the world 2.5 quintillion (American) bytes of data, according to estimates by IBM, which means, in translation into something more tangible than in the last two years 90% of all data is created existing in the world. The figure is overwhelming. Today we know more than anything – or have the ability to know more than anything – before in history.

For companies that is technologically a problem (data centers needed to manage this volume of data has to be above all that had so far and also need to renew all the time, since the ability to gain data is even higher) and, from the point of view of business strategy and marketing, it is jauja. When designing a product or create strategy to sell is much easier than ever to know exactly what you should do or say to respond to the needs of consumers.

For consumers, this reality may pose some problem, or at least make them think. Do you really want to share as much information with companies?And is it possible to leave the system? The answer to this last question is to stay out of all this is virtually impossible. Stop using input is very difficult, if not impossible. In the UK there is a group called Enough anticonsumerist, which argues that too much is consumed and that we could live with less, something few can argue. However, the time to strike marks, so to speak, follow the teachings of this group can be a rather daunting task.

The same applies to the output of the system that has made the consumer in a data provider. It should be eliminated not only purchases (all seller records in your system and become therefore a tool to learn more about consumer trends) but also forgo having a bank account, a credit card, a phone line (and especially a smartphone) or use the internet. Can we survive without Google? And as society becomes more technical, that smart cities are becoming more common and the internet of things will occupy more positions, stop being a data provider is a more complex work.

Resisting the system: stop being consumed

It is not impossible, but not easy. Some have tried to live with his back to the net, as editor of The Verge that for a year gave up nothing that was more advanced than the typewriter because he was tired of internet Doing so worst person (and discovered that no, that the network does not worsen anyone), or the woman who hid her pregnancy from all brands that lurked.

For Janet Vertesi, an American professor of sociology, is the clearest case of all the power that data and how the data mark what consumers are. Vertesi started with an indisputable fact: pregnant women are one of the most desired brands and the most sought after in their marketing strategies niche markets. You get to a consumer you pay 10 cents for the data. A pregnant woman reach up to $ 1.5.

Vertesi decided to dodge technology and prevent pregnancy from becoming data for consumption. “My story is about big data, but from below , ” he explained when he presented the conclusions of their experience. “From a personal point of view of what it means to be collected, followed and placed in databases”.

He eliminated any possible reference to her pregnancy of social networks, their families prevented the felicitasen online, paid for everything in cash and even took a different account on Amazon (and unplottable) for purchases related to their pregnancy. And to navigate using Tor, a tool that avoids being followed on the network. All the effort allowed him no mark could classify it as a particular type of consumer although it required hours of work and creativity.