The United Kingdom is at the global forefront of land remediation, exporting technical, scientific and regulatory expertise to many other countries and having a well-respected voice on the international bodies which oversee efforts to clean up contaminated land. The British government recently issued a report highlighting the country’s remediation capabilities which will be of interest to businesses and environmental groups. 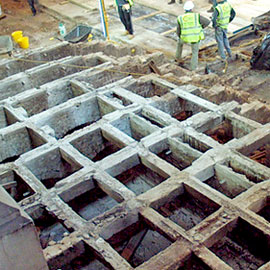 Why Is the UK Ahead in This Field?

The government’s report, Land Remediation: Bringing Brownfield Sites Back to Use (May 2015), points out that Britain was the first industrial country and the early heavy industries often took a significant toll on their environment. As a result, there are large areas of land in these islands which have been contaminated or otherwise damaged by commercial activity. Furthermore, the nation’s evolution into a more advanced service-based economy has resulted in many industrial sites being abandoned and in need of safe and effective re-purposing. The report concludes that, during the five decades in which the UK has been executing remediation projects, it has accumulated world-class “experience and expertise”.

What Can the UK Offer?

The report stresses the diversity of the contamination issues faced in this country. Coupled with a relative scarcity of land for development, this generated a dramatic growth in niche specialisms, meaning that we boast unparalleled professional consultancies, technical providers, contractors, equipment and laboratories as well as specialist law firms, financial organisations and academic institutions.

While working on a vast range of projects with international partners, our professionals have, of course, garnered expertise which has been indispensable for UK-based remediation programmes. Consider the iconic Olympic Stadium in East London, which was one of the most ambitious remediations ever undertaken and proved to be a spectacular success. The BBC has described this remarkable metamorphosis. On a smaller, but no less impressive scale, UK firms are daily carrying out remediations which are transforming landscapes and preparing Britain for the future. For example, Ash Remediation, a UK firm, has recently provided design, support and management for the Baglan Bay project in Port Talbot.

Whether British firms are undertaking oil-spill management in international waters or helping to transform a disused power plant into a recycling area, they are taking a pivotal role in building a safe, clean and prosperous future.