Whilst clearly not the most romantic topic to be discussed in the run-up to a much-anticipated wedding, pre-nups (pre-nuptial agreements) have become a popular option for many couples where one or both partners want to protect the money that they personally bring to the partnership. Yet, all too often, there is some considerable confusion as to how effective this approach can be.

What Exactly Is A Pre-Nup?

Pre-nups have certainly received plenty of media coverage over the last few decades and have seemingly become another must-have for celebrity couples. However, it’s important to remember that many of the high-profile pre-nuptial agreements that make the news were drawn up in the USA and, as such, may have little in common with the legal situation here in the UK. 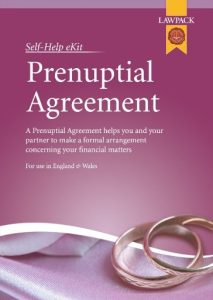 Here, a pre-nuptial agreement is typically a document which sets out how a couple’s assets (such as cash, investments, inheritances, properties, and even debts) should be divided in the event of a split. It can be created prior to a legal marriage or civil partnership (for which it will be called a pre-registration agreement). The document can also detail what should happen to such assets that may be later acquired during the course of the marriage or civil partnership, regardless as to whether these are obtained individually or jointly.

Is A Pre-Nup Legally Binding?

Here in the UK, a pre-nuptial agreement is not legally binding. At present, the judiciary believes that by making these agreements legally binding, one party could be put at a serious and unfair disadvantage during divorce proceedings.

However, if deciding the financial settlement in a divorce should reach the courts, there is certainly a reasonable likelihood that the judge will look at any pre-nuptial agreement and use it to inform the decision. The judge will typically examine the prenup, and if it is considered to be a fair division of the couple’s assets, that neither party was disadvantaged (for example, by being pressured or in a weaker negotiating position) at the signing of the document and it is appropriate to the circumstances of the couple, then the pre-nup will be given more weight.

Should I Arrange A Pre-Nup?

Seeking advice from specialist Ascot solicitors such as https://www.parachutelaw.co.uk/ https://www.parachutelaw.co.uk or indeed specialists elsewhere is the wisest course of action. Such professionals will be able to take an unbiased look at your financial circumstances and provide you with the information or guidance that you need. There are, however, certainly both pros and cons to be considered, as explored more fully here.

If you do plan to go ahead, it’s important to make sure that you give your pre-nuptial agreement the best possible chance of being upheld, should you ever need it. You can make a strong case for your pre-nup by creating it at least 28 days before your marriage or civil partnership takes place and with neither partner placed under duress to sign. Provision for any living or future children should be factored into the agreement, and the overall division of assets should be fair and realistic. Finally, it’s essential that both parties are fully transparent about any assets they own.

The Future of Pre-Nups In The UK