Know better why the flatus appears and how to end it

Much has been said about the flatus, but there are still many doubts about it. It is true that there is no conclusive theory about it. For this reason there is a lot of rambling as to the flatus, its appearance and its remedies. We on this occasion will use logic and practice and we will highlight some tips to avoid it from experiences that we have experienced ourselves. 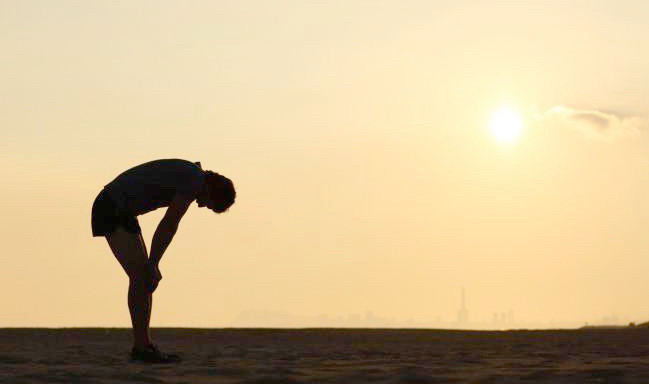 First of all it is important to keep in mind that flatus is a benign abdominal pain that can appear to any person, both beginner and advanced in sports. The causes are not described scientifically, but this discomfort is nothing serious or harmful to the body. One thing is clear, it is a nuisance that precludes a correct development of the activity that we are carrying out.

Avoid exercising while we do the digestion

Many are theories that exist about it, since it is associated with digestion, so it is not recommended to exercise just after eating. Therefore it is always recommended that when we do exercise we do with the digestion done. In addition to being able to prevent the appearance of flatus, it is better for us because in this way we will feel less heavy and more agile. In addition, when exercising we require more blood in the muscles, so if we remove it from the stomach we can greatly impede the digestion and assimilation of nutrients.

Excess fluid as another possible cause

Another cause is excess fluid intake during exercise. We have always advocated maintaining proper hydration during exercise. But for many people, excess is the cause of flatus. The theory in this regard says that what we achieve is to soak the stomach causing the onset of this pain. Many experts concur in this theory. But it does not rest on any scientific basis in the long run.

Take care of the breath to avoid flatus

Breathing is another point where the origin of flatus could be. It is usually important to maintain a steady and measured breathing rate while exercising. In case of not respecting this rhythm we run the risk of appearing this annoying pain. For this reason it is very advisable to use the nose to catch air and the mouth to expel it. The breaths should be deep and the air eliminations fast. This would be to defend another theory in this regard.

Sudden movements could also be the fault

For other people the flatus is due to sudden movements, unexpected jumps … in the training routines. In the case of runners it is often attributed to changes in terrain or constant unevenness in the course. To do this, it is advisable to choose the footwear well, so that it will cushion the impact of the foot to the maximum and adopt movements that avoid the sudden changes of posture.

Some solutions for when flatus appears

Anyway, if the flatus appears the best is to stop for a few minutes to calm down, as it will gradually stop hurting. Resuming activity gradually is another alternative to take into account after recovered. Also a good way to avoid pain is to stretch the abdominal part to relieve the pain. Pressing on the part that hurts is another alternative that we should not ignore to get the flatus to stop hurting.