The pros and cons of living in Oxford

Situated 50 miles west of London, the city of Oxford is one of England’s most famous cities and is known throughout the world for its university. It is certainly diverse and historic, but what are the pros and cons of living here?

The city is dominated by the university buildings, which take up about a quarter of the city. The ancient and beautiful architecture and ‘Dreaming Spires’ of the Gothic churches are attractions in their own right. The twists and turns of Oxford’s quaint streets are teeming with history, making a visit to the city a real pleasure. The Bodleian Library is a stunning work of architecture and is one of the oldest libraries in Europe. It has featured in three of the Harry Potter movies, such is its magical charm, and you’ll find many other awe-inspiring buildings dotted around the city. 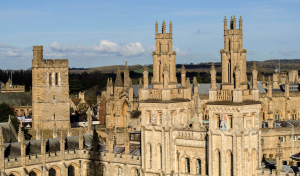 Whilst the buildings may be old, the atmosphere tends to be young and vibrant, thanks to a large proportion of the population being students at the university. This can make it feel a little chaotic during term time. As well as the students, there are also a lot of tourists, particularly in the summer months and this can make the city feel overcrowded. The tours of the city attract large groups and this can make it hard to get around.

Activities and things to do

If you like eating out, there are many restaurants in Oxford, from traditional pubs to fine dining, such as those reviewed here. If you’re looking to do something active, you can go for a punt on the River Cherwell and take in more views of the city and the surrounding meadows and parks. There are also numerous art galleries and museums to visit, such as the Ashmolean Museum, where you can see Guy Fawkes’ lantern and Michelangelo’s sketches.

Oxford is a beautiful place to live, and if you’re looking to make a move to the city, there are many reputable companies who can carry out a home buyers survey in Oxford, for example Sam Conveyancing There are many types of houses available in the city, from detached houses to small flats. You could choose to live in the heart of the city amongst the hustle and bustle, or a little further out in a tree-lined suburban street.

Wherever you choose to live, you will always have the advantage of being able to get around by bike, thanks to the fact Oxford is very level and the many cycle paths and lanes. This is good for the environment and your pocket as well, not to mention it’s a good way to get some exercise. It can be problematic to drive in the city centre due to the narrow streets which were built with horses and carriages in mind rather than cars and buses. 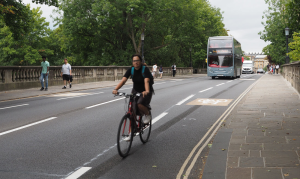 Oxford’s location in easy reach of pretty Cotswolds is another advantage. It is surrounded by charming villages, rolling hills, woodland and open countryside, perfect for hiking. If, on the other hand, you are looking for a livelier scene, London is just an hour away on the train. Oxford has so much to offer and the pros certainly outweigh the few cons of living in the city.