Plans for a proposed new innovation quarter in London’s Royal Docks area have been given the green light by Newham Council. The outline proposals include residential elements designed by Allies and Morrison, AHM, Stanton Williams, PLP, West 8, Feilden Clegg Bradley Studios and Eric Parry Architects. The masterplanning of the 25-hectare Silvertown Quays project will be delivered by Fletcher Priest Architects. 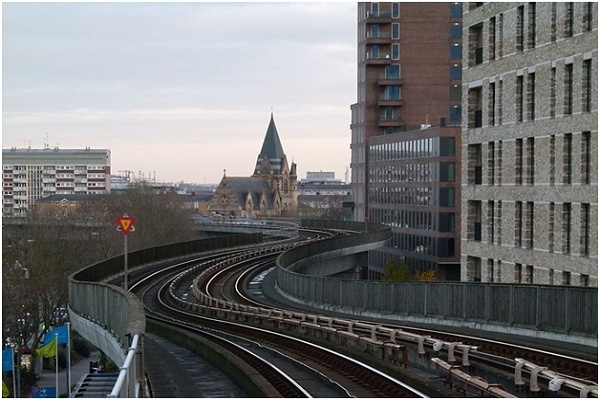 The design code, which uses 3d architectural visualisation, was submitted by the Silvertown Partnership consortium that includes Imagination Europe, First Base and Chelsfield Properties. The design code was crafted to facilitate the next-step planning permissions.

A huge and ambitious project

Newham Council’s planning department said that the masterplan had successfully proven that it would build on the site’s heritage and fashion a new city area with a broad mix of uses within the heartland of the docklands.

The masterplan layout includes defined neighbourhood areas that create permeable and legible building development that will sit naturally and connectedly with its surroundings and create usable and attractive linked public spaces. It will include offices, shops, 3,000 new homes, restaurants and bars, leisure facilities, community and cultural facilities, and a hotel.

The products of global brands will be showcased in the temporary and permanent structures of the proposed pavilions. A new bridge is also planned, linking the Custom House Crossrail station with Silvertown Quays. Additional restorations will be carried out on the Silo D 1920 modernist building, which is Grade II listed, and the huge Millennium Mills building on the dockside.

The site will be located on one of the last remaining underdeveloped sites in the Royal Docks, measuring 27.4 hectares. More information can be found on sites such as http://www.redandgray.co.uk.

Earlier objections made by Westfield, the shopping centre owner and operator, were overturned.

Original plans included a 20 per cent mix of affordable housing, but planners negotiated to increase this to 35 per cent if funding for transport infrastructure can be sourced publicly or from additional private sources.

The site will also sit within an Enterprise Zone for the Royal Docks, which will mean that planning applications are delivered to a fixed process and timetable. The project is ambitious and large in scale and will transform one of the last undeveloped areas of this part of London into something truly exciting and usable.