Leicestershire is reported to be one of England’s most haunted cities, with hundreds of locations hosting ghostly guests. Here are a few of the most popular ghoulish tales – visit them if you dare!

The Angel Hotel Market Harborough –  The hotel reputedly has more than one ghostly resident. During the Napoleonic wars, soldiers stayed here whilst moving through the town. A staff member at the hotel has reported to have seen a soldier dressed in the uniform of that time. Two members of staff, o separate occasions, have also reported to have seen a ghost come through the wall where the stable block used to be, drift through the room and disappear through another wall. It is not just this hotel that is Haunted in Market Harborough – here you will find many ghostly goings on in this British market town. If you are considering learning to drive, driving instructor Market Harborough local http://demarcodriving.uk/ is the place to go – just be extra careful not to run into any ghouls!

Belgrave Hall Leicester – In 1998, security cameras caught some spooky images on CCTV. It showed a misty figure hovering outside by a window, before disappearing over a wall at the back of the property. Many visitors also report sightings of a woman in Victorian era clothing on a staircase in the hall looking out into the garden. People have also reported to have been touched and poked whilst in the dining room. Other unexplained reports include cooking smells and footsteps heard on upper floors with nobody on them. 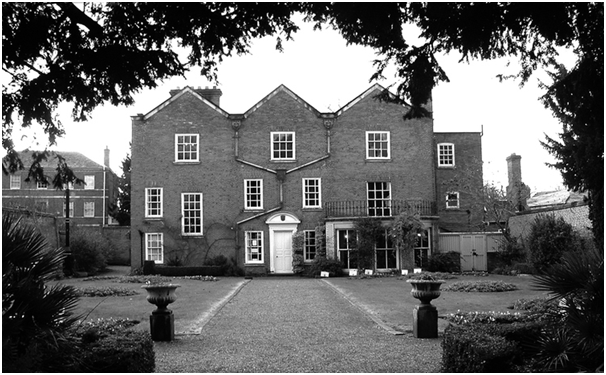 Grace Dieu Priory – These remains of a medieval nunnery are long believed to have been the place of many a ghostly sighting. Many visitors have seen a white lady – a bus driver even stopped on one occasion to pick up a woman who disappeared when the doors of the bus opened. It is believed that Roesia de Verdun who founded the nunnery, had her remains disturbed in the early 19th Century and has been haunting the area ever since.

Abbey Pumping Station – Now a Science and Technology museum, Abbey pumping station is reportedly haunted by the engineer Robert Richardson. In August 1890, he was working overtime on some ironwork, when he missed his footing on the scaffolding and fell to his death. It is the spirit of Robert who is said to be there to this day, looking over his work. There is a memorial to him, inscribed by his workmates at the spot where he fell, as they were not allowed time off to attend their colleague’s funeral.