From Brunel to the Blitz, and Beyond – A history of the London Underground

For millions of Londoners and visitors to the city, the Tube is a fast and convenient way to get around, and is widely regarded as the best underground system in the world. It all started with Marc Brunel, and his son Isambard Kingdom Brunel, who went on to design some of the most impressive structures in the world. The tunnel, named the Thames tunnel was built in 1843 but closed in 1869, but is led to the birth of the modern London Underground.

The first underground train service opened to the public in 1863 between Paddington and Farringdon Street. It was the beginning of a revolution in the world of transport, to alleviate the congestion on the crowded streets of London. New lines soon started to follow, connecting people all over the city by underground. In 1880, running from the Tower of London to Bermondsey, the first tube tunnel opened, and a few years later, the Circle Line was completed.

The new tube stations, deep under London’s streets served a new purpose during the war – being opened up as air raid shelters to families all over London, saving millions of lives. During the war, people would head down, deep underneath London to shelter from the bombs above them. 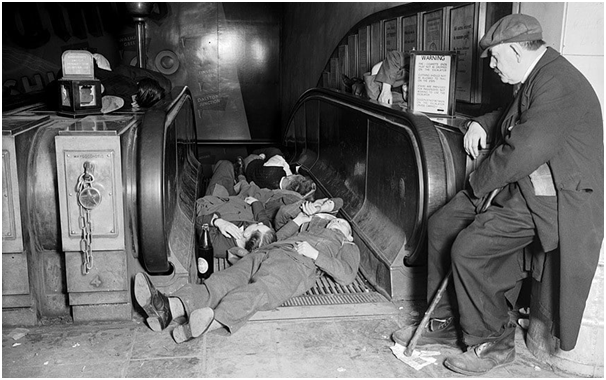 Progress is still being made – the Victoria Lines was opened in 1969 by Queen Elizabeth, and her son, the Prince of Wales opened the Jubilee Line in 1979.

Nowadays the Tube is more popular than ever, despite the tragic bombings on 7th July 2007, the London transport system, like the spirit of the British people, continues to keep calm and carry on! In 2007, the tube carried 1 billion passengers in one year for the first time, and work to improve and modernise it is always going on.

Of course, for modern Londoners, there is more to staying connected nowadays than the tube. With so many working in busy offices, the internet is a vital electronic version of the tube for businesses needing to stay connected – IT support Enfield company http://www.pc-docs.co.uk/ keeps people connected above the ground!

The world nowadays would be unrecognisable to Isambard and his father – but imagine what they would they think if they saw what their idea to dig underneath the River Thames in Victorian London would have led to.