Today, many people are looking for businesses that will help them earn extra income without disturbing their stable jobs and one of the most popular among all the available businesses is investing in vending machines. It is really not surprising given the convenience of having one since it does not require too much time yet it can earn the owner quite a large income once the right strategy have been implemented. 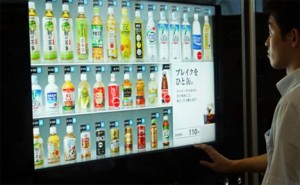 What are the different Types of Snack and Beverage Vending Machines?

What are the Technologies used in Drink and Snack Vending Machines?

One of the new technologies developed had been the use of carbon dioxide (CO2) instead of hydrofluorocarbons (HFCs) which had been started by Coca-Cola and now being adapted by other cold-snack-and-beverage companies. Before, all cold vending machines have relied on HFCs to cool the air inside the machine but it had been found out that HFCs are more harmful to the climate than CO2 thus; several researches had tried to find a way in which CO2 will be used instead of HFCs and they have succeeded. Now, different companies had also released HFC-free vending machines.