John McFarlane, Executive Chairman of Barclays and Chairman of CityUK, has addressed the latter organisation’s annual dinner with a stark warning: that the United Kingdom’s position as the world’s foremost provider of financial services is under threat. His comments follow similar remarks from other leading City figures and are likely to be taken extremely seriously throughout the industry. Here is a look at his argument and a discussion of its implications for financial adviser software. 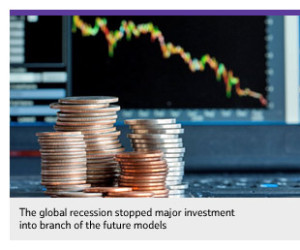 What Were the Central Strands of the Speech?

Mr McFarlane started by stressing that London is currently the major global centre for financial services and banking, adding that CityUK’s central objective is to ensure that the capital retains this title. He was concerned, however, by increased competition from Far Eastern jurisdictions which offer a lighter regulatory burden and lower taxation than the UK and may provide an environment which is more conducive to innovation and growth. As precarious as the situation for London may be, there is still time for it to arm itself against competitors by streamlining regulation, reducing taxation, welcoming overseas talent and Britain remaining within a reformed European Union. This, he said, would allow the City to “look to a future of greater certainty, hope and innovation”.

What Can Individual Financial Services Institutions Do?

Mr McFarlane’s observations, of course, were directed principally at government and were calculated to inform legislative policy. Whether there is the political will to implement his ideas remains to be seen, but there are steps that firms can take in the meantime to minimise the impact of the burdens he itemised. Financial advisers, for example, may wish to consider the efficiency gains inherent in the current range of software solutions for the finance industry.

Today’s technologically advanced systems deliver efficient, time-saving assistance in areas which are critical to a company’s stability, growth and revenue. Specialists such as intelliflo.com help many leading financial services firms, maximising the accuracy and efficacy of back-office applications. These embrace a wide range of functional areas, including automating billing, the management of systemic and financial risk and regulatory compliance.

This frees up key personnel to develop the strategies that will grow their businesses. The right software can play a part in easing the burdens being carried by financial firms and cement the strength of Britain’s financial services and banking sector.