Does it lose weight? The known and the unknown of coconut and its derivatives

If there is a versatile fruit that is, without doubt, the coconut. A food that for its peculiar flavor and texture, usually, gets: or that you love or … that you do not like anything. The use of coconut transcends much beyond the culinary and its benefits range from the healthy to the purely aesthetic.

There has been a lot of talk about the benefits of coconut although, on the other hand, it is also a very questioned food because of its concentration in saturated fats. But does it really help you lose weight? Does your cholesterol increase? What is true and what is myth? Today we talk about the known and the unknown of coconut and its derivatives. 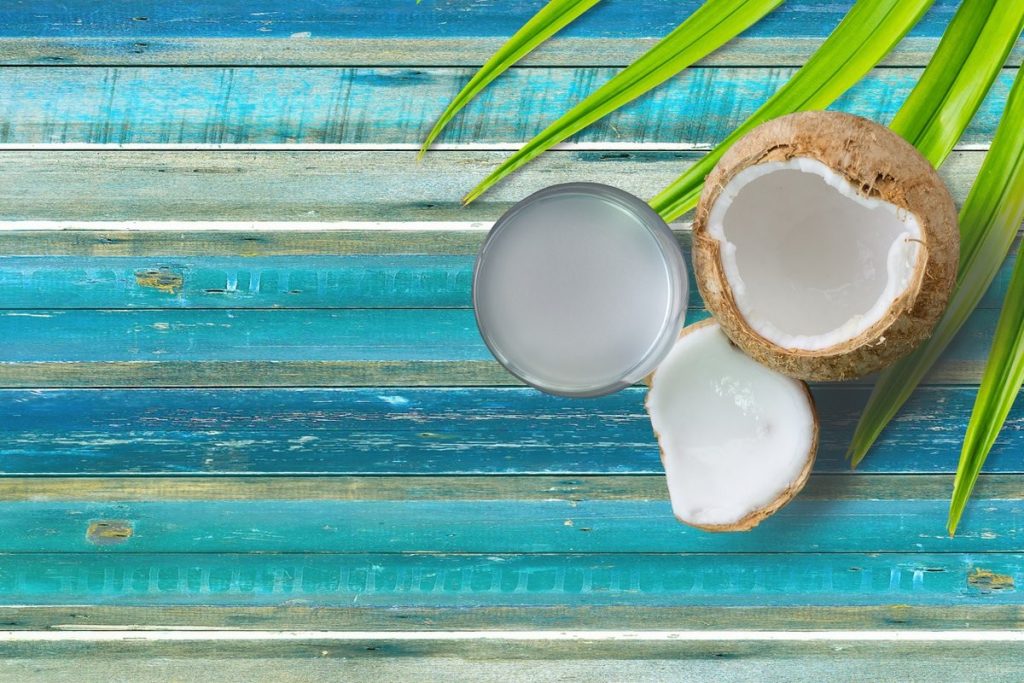 Properties of natural coconut and its derivatives

Indeed, the coconut is a fruit that has a high fat and caloric content. The coconut is mainly composed of saturated fatty acids , specifically about 30g per 100 of product, and its energy contribution is around 350 Kcal / 100g.

Among the benefits of coconut and its derivatives, mainly due to its content in fatty acids such as lauric acid, we can highlight its antimicrobial and antibacterial power , which make it a perfect ally when it comes to combating cellular bacteria and infectious processes.

Another benefit is in the digestive. The coconut is composed of medium chain fatty acids very easily digestible, which represents a great advantage for those who suffer intestinal and digestive problems.

But what many want to know … does the coconut lose weight or lose weight?
Obviously the coconut, like any food that we eat, does not lose weight: nothing thins on its own. But what is true is that coconut is a food that has been linked to weight loss because thanks to the average TAGs of chain length it has, the body is able to burn calories faster than with other sources of fat, generating greater metabolic activation . For this reason, research has concluded that coconut can be a good agent to prevent obesity and stimulate weight loss.

What we must not forget is that it is the overall energy balance of the diet that will reliably determine the loss or gain of weight and, of course, its consumption should always be within a moderate framework since the caloric intake of coconut is really high.

Coconut oil is a vegetable variety of oil that has created, and continues to create, a lot of controversy. About 90% of this oil is composed of saturated acids , which is why it has been discouraged in different dietary guidelines of organizations such as the US Department of Health and Social Services or by the World Health Organization itself , which is related to a increase in cholesterol and the risk of cardiovascular disease.

Despite these conclusions, the truth is that recent research has disconnected this possible effect of coconut oil, even concluding that extra virgin coconut oil, obtained from grains and through means in which no alteration is suffered or Hydrogenization of the oil, the consumption of this modality could be related to a decrease in cholesterol and blood lipids.
Some benefits that could also benefit those people who suffer from diabetes due to the consequent regulation of blood glucose associated.

Among the uses that are conferred to coconut oil, apart from its gastronomic consumption, its dermatological and beauty properties stand out. In fact different studies have shown that coconut oil has moisturizing properties for the skin capable of combating different conditions such as dry skin or acne, which is why it has become more than usual ingredient of specific soaps and creams.

It is the liquid found naturally in the hollow interior of the coconut and, as a curiosity, the liquid extracted from the green fruit was used in antiquity and during World War II to give urgent plasma transfusions.

Returning to the present, coconut water stands out nutritionally for its content of potassium and antioxidants, also containing cytokinins that promote cell division and remarkable biologically active ingredients such as L-arginine and magnesium.

All these nutritional benefits have turned coconut water into a real natural isotonic drink that is now marketed and bottled for direct sale.

It is obtained from the mixture of water with the own mature and crushed coconut meat. Its content in sugar and oil gives it an odor and appearance very similar to that of traditional milk. Nowadays it is commercialized regularly in supermarkets, and in the food sector it is used basically for the preparation of dishes and sauces, as well as for shakes.

Although its consumption must be moderate, coconut milk stands out for its great nutritional richness in terms of vitamins and minerals, such as magnesium, phosphorus and calcium, which are fundamental for the organism, and for its carbohydrate content as a source of energy, which round 5g per 100 of product. In addition, its sugar content is quite low.

In addition to the benefits provided by the coconut, and which we have been talking about throughout the post, coconut milk sporadically can be a culinary alternative for those who have milk allergy or lactose intolerance.