With its long history through the times of the Celts and Romans and its importance in Tudor times, Buckinghamshire would be expected to have accumulated a landmark or two; in fact, it has an incredible number of historic landmarks. Here we have limited ourselves to our three favourites. 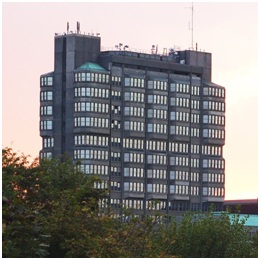 Bletchley Park has an interesting past and is best known as the site where Alan Turning broke the WWII German Enigma and Italian Lorenz codes. The 580+ acre estate is still a relatively new one, however, with the land acquired in a farm purchase in 1883 by Sir Herbert Samuel Leon, who wanted to create his own country seat.

At the time, it was just a farmhouse; however, in typical British style, Sir Herbert wanted to expand and improve. The outcome is very much what you see today − a sprawling and confusing pile incorporating Victorian Gothic, Tudor and Dutch Baroque styles, which were popular at the time.

At around the same time as Bletchley Park was being completed, Ferdinand de Rothschild was adding the finishing touches to his imitation French chateau just outside the small village of Waddesdon.

Gabriel-Hippolyte Destailleur, the architect hired to create this weekend retreat, certainly knew how to span the gap between practicalities and his client’s wishes − just like any good Buckingham chartered architect. A hidden steel frame bears the majority of the load created by the upper floors of this wedding cake of a house. Destailleur also managed to incorporate central heating in the building, which was an innovation at the time.

Not all Buckinghamshire landmarks are so new or so imitation. Chenies Manor has housed a Cheyne since the 1200s and, as with all good homes, has gone through many changes. It was extended in 1550 to accommodate royal visits, and parts were demolished 100 years later before new parts were added. The only original part of this house standing is the undercroft of the west wing. All good architects, such as Ragozzino, agree that a home should be fit for purpose, which Chenies Manor certainly is.

If you happen to be in the area and in need of some home improvement inspiration, why not pay one of these fascinating buildings a visit?