Apple Music has flopped – even though it’s free

When Apple Music went live in July, it managed to acquire an impressive 11 million subscribers within a month of release. However, as the service is only free for three months, by October, it is expected that many users will revert to their previous music streaming services such as Spotify.

After the three-month trial period expires, users will have to pay $9.99 per month for individual accounts or $14.99 for a shared plan. 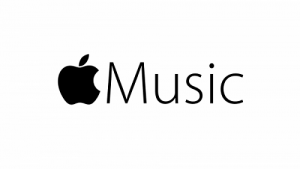 Apple Music was released after the company’s purchase of Beats Music for $3 billion in order to take on Spotify for dominance of the music streaming market. Apple had hoped that its iTunes business would allow them to attract customers and record labels from their competition, however, they appear to have been unsuccessful.

Jim Dalrymple of The Loop said he had high expectations for Apple Music, even going so far as to say he would have selected it as his music streaming service of choice had it been successful. Unfortunately, he – like many other customers – was disappointed with the service, choosing to disable Apple Music and return to his default music streamer.

Unsurprisingly, Apple is far from catching up with the current dominant music streaming services. Spotify has 75 million active users on its free service, with 20 million subscribed to its $9.99 a month premium service. Pandora also managed to boast a user base in excess of 70 million in the last quarter.

Whilst Apple may not have achieved their goal of toppling Spotify, they still have a huge pool of potential customers to draw from. There are over 800 million devices connected to iTunes (which is linked to Apple Music), meaning Apple has still got a large supply of potential subscribers from which to tap.