The stage is set for the launch of Vauxhall’s latest model: the new Mokka X.

Delegates at this year’s Geneva Motor Show in March will be able to see for themselves whether the remodelling of the new Mokka works before the car goes on sale later in the year. 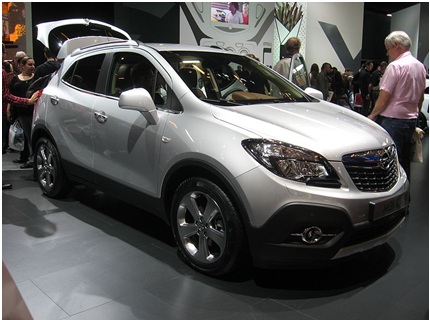 The jury is out among car buffs, some of whom claim that the changes are primarily cosmetic.

Although the Mokka X has retained the 1.6-litre turbocharged diesel engine, there will also be a new direct injection 1.4-litre turbocharged model, which achieves 42.8mpg. The diesel models are available in 108bhp or 134bhp, both achieving almost 70mpg.

The manual models also have a 4×4 option.

According to Autocar, the most noticeable difference is the more growly front end; in addition, attempts to add class have been made by taking away a lot of the plastic trim.

The forward lighting has been improved to allow more driver options for adjusting to different environments, including an option to switch the beam when driving in Europe.

Although there are a few changes at the rear of the vehicle, the main differences are inside the car, which has been revamped considerably.

The dashboard now resembles the Astra’s and looks much cleaner and tidier than the previous version. There is also an inbuilt entertainment screen and smartphone integration that works with both Apple and Android versions.

Vauxhall is clearly trying to create a different personality for this car to compete with other crossover rivals, such as the Nissan Qashqai and the Mazda CX5.

Anyone with bad credit who is considering purchasing a new car can consult a finance dealer such as www.rightdrive.co.uk. These companies deal with car finance bad credit in Southampton and throughout the country, which means that anyone who has struggled to get car finance in the past may not have to miss out on this exciting new range.

The X in the Mokka’s new name is a new segment identifier that will be seen across the Vauxhall range in future, according to Car magazine.

It is definitely worth having a look to see whether this new model meets your requirements.