Essential keys to sell more through the m-commerce

E-commerce is no longer just a matter of a computer, an Internet connection and an eager consumer buying. The boom of the tablets and smartphones has made Internet users are increasingly using those devices to make purchases online. In fact, statistics show that e – commerce from mobile, known as m-commerce, is experiencing a time of boom. The m-commerce is already being revolution that will change the way we buy again.

However, despite all this, there are still those who do not give much importance to m-commerce versus eCommerce in general and those who are focusing their resources on other areas to prepare for times of great affluence of consumers. The next time peak consumption will be the Christmas campaign; marketers should start preparing right now. Mobile commerce, as illustrated by the study of eBay Enterprise, is the area that are neglecting traders, favoring instead to efforts in marketing or social media. In fact, 2 out of 3 companies will invest more in social networks facing the Christmas campaign this year.

But the m-commerce will continue to be demanded by consumers, who can also buy more and better using their mobile devices. As shown Kiip in the list of 5 tips that been developed to explain how to sell more through the m-commerce in the Christmas season, selling more using mobile it has nothing to do with sending SMS. 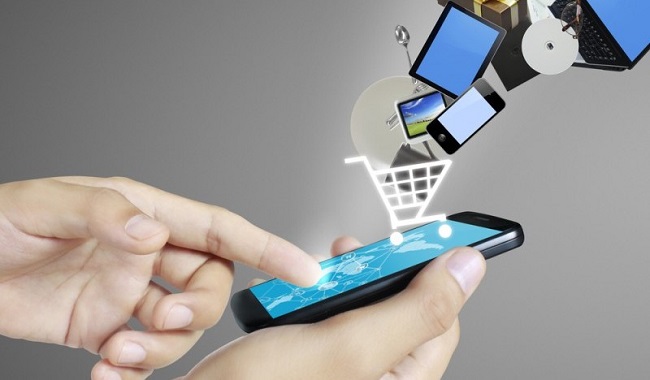 Segmentation is key when a brand tries to approach consumers, whatever the season, the industry in which you work or the ultimate goal of it. To sell have to know who is selling and, above all, offer them what they are really interested in buying. Mobile devices also open hand to greater segmentation, allowing include variables than other approaches consumers are much more complicated, such as issues geolocation or the use of games (in time of continuous use) to sell the product.

In addition to approach the consumer in a highly targeted way, it is important to also take into account the human factor to establish a relationship between brand and consumer. It is something that also happens in social networks, where consumers expect not only a closer treatment but also brands break into a particularly personal moment. At the end of the day, the latest announcement of your favorite technology manufacturer comes just after photos of the kittens of friends.

Kiip speaking, when advertising on mobile devices, the moments targeting, that is, to offer ads as quality content or reward after reaching a goal. The idea of reward is one that is used, for example, to make consumers watch online video from your mobile. In the Christmas season in general, the feeling is much more open to the ideas of rewards and gifts and, above all, to the idea of giving (and receiving) things. According to company estimates, a system of rewards increases by 14 times the conversion purchase.

Actually this point is not the discovery of gunpowder stores have been doing for decades and possibly even centuries to direct consumers to the products they want to know. There is no reason not to use sales on mobile devices. It is not only really give discount coupons, but how to expand the sale is made. For example, does the fact that after X promising consumer purchases will be a gift or a reward.

And another thing that works outside the mobile environment can also work on it: during the Christmas season consumers buy more from their mobile but also use their phones much more. In the United States, for example, Thanksgiving is one day of the year when most games are downloaded. And there is more to think about what happens on key dates, when the networks of mobile operators collapse to the increased traffic to see here is also growing mobile phone use during the Christmas season.

The marks can be positioned to focus on those things and taking advantage of this opportunity.

And finally, all efforts made in mobile brands and to advertise on these terminals and turn opportunity into a sale does not make sense if the finishing touch is not result. That advertising is intended for mobile devices not mean that it must be worse and brands should also go for rich media ads for these devices. These ads work better than the simple banner (and as pointing from Kiip sometimes involve no more than make a gif) and get better results for consumers.

According to a study of Millennial Media, these ads get a lot better ratios of interaction with users on mobile devices, making them much more effective.