Know the major sources of sodium in children

The entire population currently exceeds the maximum sodium recommended which is equivalent to 2300 mg or 5000 mg of salt, and this may be causing various negative effects on the body condition the current and future health.

To reduce sodium in a child’s diet there is nothing better than to know the main sources of sodium in children . A recent study published in the Journal of Nutrition and Dietetics Academic the states that all children between 6 and 18 years exceeds the maximum limit recommended sodium and analyzes the main sources of this mineral. 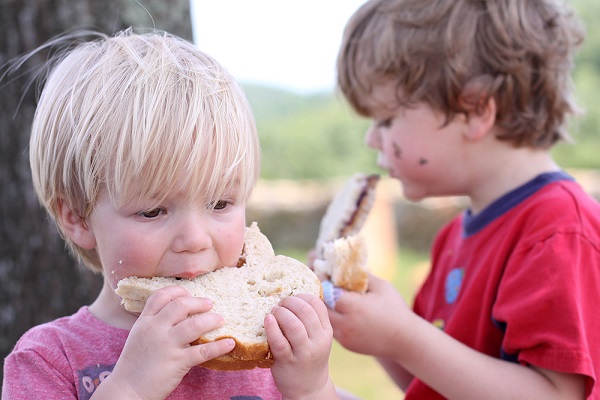 With the information gathered from the National Health and Nutrition Examination Survey 2011-2012 year, 24 – hour recalls of more than 2,100 American children between 6 and 18 years old were analyzed to determine the consumption of sodium and main food sources this nutrient.

The results indicate that there is an excessive sodium intake in the study population and that 10 categories of food are responsible for almost half the sodium in children’s diets. These foods include meats or sausages, commercial snacks, sandwiches (including burgers), pizzas, breads, several Mexican dishes, soups, cheese, milk and poultry.

Except for milk and poultry that they have sodium naturally, most of the sodium in these foods have the above and represent the main source of this mineral in the infant diet, derived from the industrial processing they receive.

Food from supermarkets accounted for 58% of daily sodium in the diet of children, 16% comes from fast food and 10% of school cafeterias or small businesses.

Clearly, they are processed or “bought” and unprocessed food at home, which represent the main source of sodium in children.

What can we do about it?

Too much sodium cannot only condition the heart and nervous system, but also has been linked to excess calories ingested which together with other factors can promote weight gain and obesity.

So if we care for the health of the smallest of the house is paramount act on it and take charge of feeding children.

The main thing: to know that even baby food hide much sodium, therefore they choose may not be the best way to protect your diet.

In its place, we can choose fresh foods and / or natural or those with the lowest possible degree of processing. We can also read labels and choose those products with the lowest proportion of sodium per 100 grams.

Cooking and eating more at home, but we develop dishes like burgers, it is always preferable to choose fast food or ready to eat.

Prepare homemade sauces based on vegetables and use them to replace commercial sauces and limit cold cuts and sausages to prefer fresh meat is always helpful to reduce sodium in children’s diet.

Of course, we can implement all these and more resources with the aim of reducing sodium in children who, as in adults, primarily derived from processed or prepared foods.