Men and women walk differently: These are their implications in sports and rehabilitation

Men and women walk differently. This is due to biomechanical differences and the use of different gait control strategies. 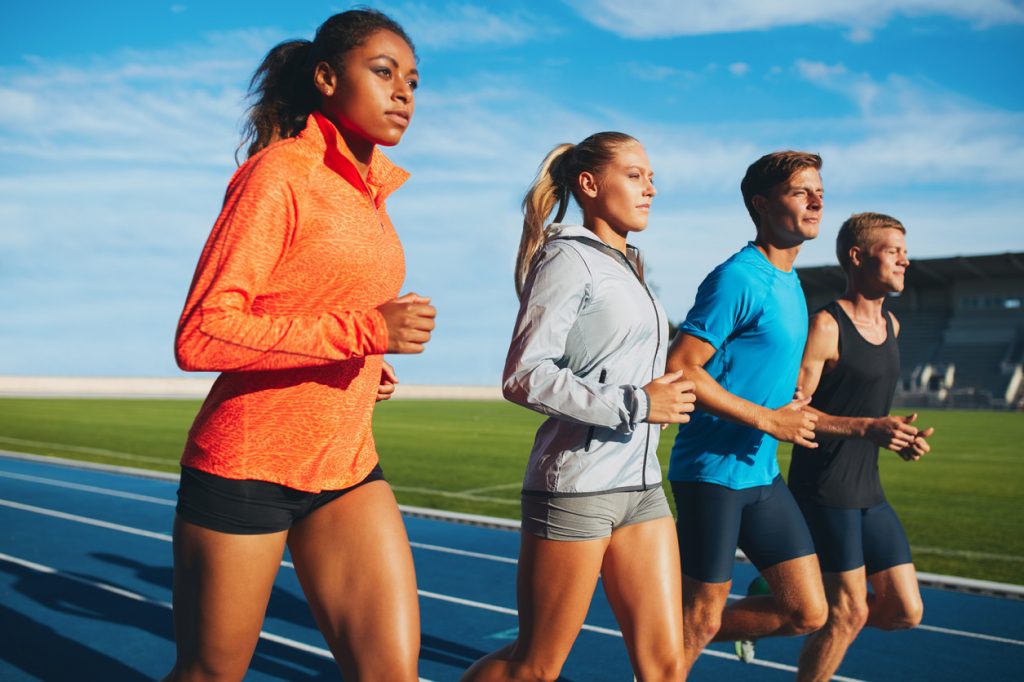 Differences in the different parts and joints of the body

Differences in the movement of the pelvis: men do not move the pelvis like women

The movement of the pelvis during the gait cycle shows, mainly, that women perform greater lateral tilting of the pelvis than men.

However, although men show less range of movement in the lateral tilting of the pelvis than women, they perform a lateral movement of the greater center of gravity.

Translating, women tilt and move the pelvis more to the sides.

Why these differences? It has been suggested that these differences in the movement of the pelvis between men and women may be due to a choice based on sociocultural aspects, evolutionary adaptations, or, more likely, to a combination of socio-cultural, anatomical and biomechanical factors.

Differences in the movement of the hip: if you are a man, your steps are wider

In women, as a consequence of the greater lateral tilting of the pelvis towards the swinging leg, an increase of adduction of the hip of the support leg occurs during the cushioning phase.

That is, when the foot touches the ground, the hip adduction in women brings their leg further in , closer to the body.

On the other hand, women perform lower abduction of the hip at the foot takeoff and show less abduction, also, during the initial contact.

That is to say, in the takeoff of the foot and the initial contact, the abduction of the hip in the women does not direct its leg so outwards and as far from the body as in the men.

This fact conditions the width of step. That is to say, men , when presenting greater hip abduction in the initial contact, also have a greater width of passage.

The women have a greater range of motion of the ankle than men. The difference between the sexes is not very big and the possible implications that this could have are still being studied.

The swing ( arm swing , swing) the arm is higher in women compared with men, with women having significantly greater range of shoulder movement as well as a noticeable difference in the range of motion of the elbow.

In this line, we know that the absence of arm movement decreases stability. Perhaps the greater stroke of women is related to providing greater stability depending on their morphological characteristics.

Change of weight from one leg to another

Men and women select different strategies to change the weight from one leg to the other during normal gait.

This fact could be a consequence of the morphological differences between both sexes. That is, in men, the hip and pelvic joints tend to have a lower range of movement than women.

Therefore, men and women use different control strategies during the march, that is to say, when facing the change of weight during the cycle of the march, each sex chooses its most efficient strategy.

These data, in addition to describing and discriminating the kinematic patterns of normal gait, are decisive for establishing the characteristics and strategies used by men and women for the maintenance of balance and the transfer of weightfrom one leg to the other during walking.

In turn, it is very likely that different gait patterns exist between men and women according to age .

What applications could this knowledge have in the sport?

The kinematic differences of the hip between men and women may have implications on the mechanisms of injury , and may warrant further investigation to determine whether they move to the race or other athletic movements .

In athletics, for example, it is well documented that altered kinematics of the ankle can affect the most proximal joints in the kinematic chain, and be a contributing cause of several knee and hip injuries.

It is possible that women, with proportionally shorter feet compared to men, require a slightly increased plantar flexion push angle to maintain an effective knee kinematics.

Therefore, the effects of sex differences in both foot structure and ankle movement deserve further investigation , particularly with regard to the mechanisms of injury.

Several clinical applications can benefit from knowing all these gait differences between men and women.

In the frontal plane, the separation of the masculine and feminine pelvis and the normative values ​​of the torso can help in some recommendations of diagnosis and treatment of pathology . For example:

In turn, lateral oscillation has also been associated with the risk of falls in the elderly . Research on the risks of falls, as well as the pathologies that affect the elderly, could also benefit from the consideration of differences between the sexes.

Therefore, the knowledge of these strategies can have multiple applications in the evaluation, according to the man or woman, of the compensations produced during the rehabilitation process , fundamentally in plans of retraining after injuries or surgeries of the lower limb, or in the approach of the balance deficit and prevention of falls in elderly people.

In short, if we want to adequately address the progress of rehabilitation processes, it will be essential to respect the intrinsic characteristics of the patient , as in this case the subject’s sex.