The protein whey or whey is a supplement commonly used when looking hypertrophy or gain muscle mass, however, recent studies suggest that also could be a good supplement to burn fat.

In a study that was carried out for 12 weeks with people who had been reduced by 500 kcal per day diet, it was found that the intake of a shake of whey protein before breakfast and dinner potentiated burning fat compared with the other beverage intake with the same caloric intake but nutrients protein shake. 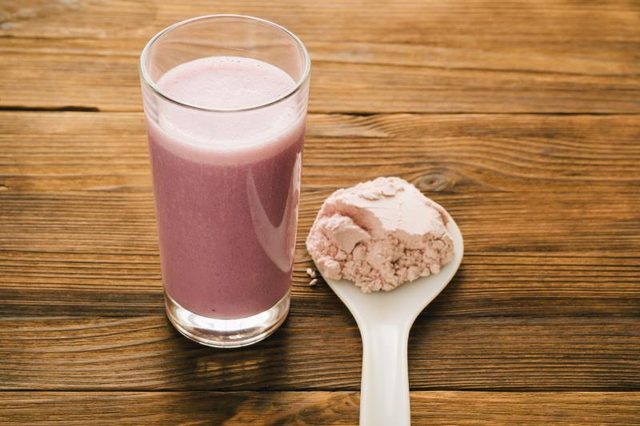 While whey protein did not increase weight loss, because in both groups the decline was similar, yes favored fat burning and decreased loss of muscle mass , which can be key to sustaining metabolic activity and thus, reduce the percentage of body fat over time.

On the other hand, although it is known that proteins in general help you lose body fat, an investigation found that not all proteins have the same effect when it seeks to promote fat burning.

When the effect of a high – protein diet in rodents, derived from meat or whey was compared, it was found that the latter are more effective in reducing adipose and increase insulin sensitivity, which could be especially beneficial for the treatment of obesity.

Something similar was found in a study that compared the effect of whey protein, soy and preparations of carbohydrates, which concluded that no dietary restrictions, those who drank twice a day protein shake whey had less hunger, and lost more weight and fat decreased more waist circumference relative to the rest of the groups that consumed other proteins.

So science tells us that although all proteins help when you lose weight, some more than others can help reduce fat and apparently, the whey protein or whey, is very useful and could not only used to hypertrophy, but also could be a good supplement to burn fat.