Microsoft remains determined to carve a niche among users of other operating systems, at least among its developers. The latest movement with which he has confirmed has been with the launch of the new version of Visual Studio this morning, its popular integrated development environment. 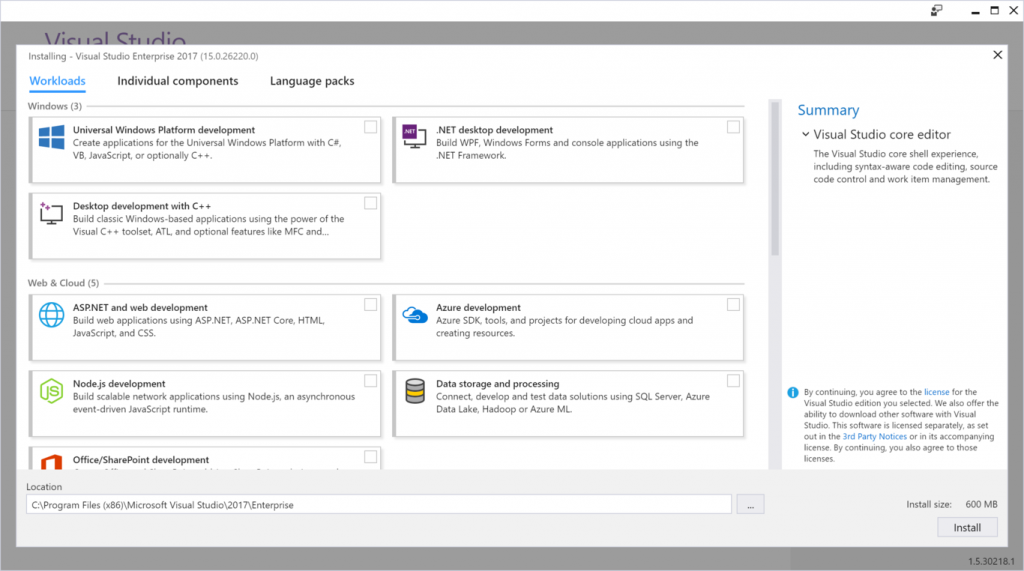 The “Release Candidate” version of this new release has been downloaded 700,000 times according to Microsoft, so they claim to have had enough feedback to solve any problems that have arisen and implement the necessary functions to make this the most ambitious version of recent times.

For those who are not familiar with this program, it is a special application for developers, which is called a programming environment. With it you can program in C / C ++, C #, VB.net, F #, Javascript / Typescript, Python and several other languages, being able to create desktop applications, but also applications “Universal Windows Platform” (UWP), .NET, ASP , node.js, etcetera.

Your options Visual Studio Team Services and Visual Studio Code allow you to unlock collaboration, be more agile and distribute the software faster on the one hand, and offer as they say a free and open source editor capable of creating applications for any operating system.

With Visual Studio 2017, Microsoft has wanted to invest in several key areas, and have focused this new launch especially on the development of mobile applications and the cloud. Recall that one of the maxims of Satya Nadella since he took the position of CEO is precisely that, to enhance the investment of your company in the cloud.

To this end, the tools of the new programming environment are integrated with the applications .NET Core and Azure, as well as with the microservices and Docker containers among others. It also allows you to create and deploy applications in Azure directly from the IDE, and thanks to its integration with the Xamarin platform you can easily create applications for Android, iOS and Windows .

Visual Studio 2017 also launches a new faster and more modular installation system, and includes improvements to improve its performance. It also allows developers to incorporate their databases into DevOps to accelerate their launch cycles. If you are interested in this tool, Microsoft has already released this latest version on its official website.