A glimpse into our agricultural past

Have you ever been walking through the countryside and come across a toadstool looking item made from stone covered in green moss and lichen? Most of us at some point have stumbled across one of these intriguing creations and their appearance indicates old age. But did you know that they are in fact called staddle stones and they are a reminder of our long and prosperous agricultural past? 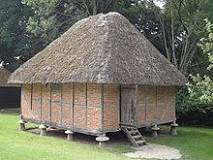 Staddle stones were used widely across the 17th and 18th centuries and were used as foundation stones to help prevent the rotting of wooden structures. The top was also used as a way of keep out pests and rodents from grain and hay stores as it was incredibly difficult for them to climb up the base and then along the underside of the cap. They were most often used to house grain and hay stores as they also allowed for air to circulate around and underneath the building, helping to prevent the items stored from rotting. You will often find examples of staddle stones in a square or rectangular shape around the countryside.

The stones were also used to house beehives on and were a great way of keeping predators away from the hives and the much sought-after honey that they contained. One much more modern use of staddle stones was as a boundary marker for your land. Landowners would place a staddle stone at the farthest point of their land as a way of showing to others the areas that they owned. 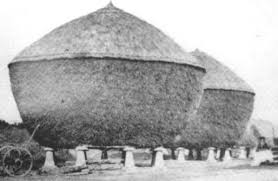 The staddle stone was also an indication of the region that you were in with each area using their local stone to create these items. There shapes also differ slightly depending on their location. For example, if you are in the Cotswolds you will often find the base is of a four-sided shape with a circular cap. If you move into Hampshire, you will often find the bases are of a conical shape and in Monmouthshire the caps tend to be of a square shape. You will see these made of Cotswold stone, sandstone, limestone and the beautiful red colour of red sandstone.

People have become fascinated with these little pieces of agricultural history and you can find Staddle Stones for sale from companies like http://bellstone1990.co.uk/product-category/staddle-stones-troughs and have your own little piece of history in your garden perhaps holding a nice bird bath or even as an ornament in its own right.