Three Supplements All Vegans Should Include in Their Diet

Nowadays a wide range of people are seeing the benefits of eating a vegan diet – from the ethical and environmental reasons for switching to eating vegan, to the health benefits that you get from a vegan diet, which include weight loss and better skin as well as reducing the chances of having type 2 diabetes, hypertension and bowel cancer.

Anyone can easily switch to a vegan diet nowadays as there is such a wide range of vegan foods available – you can even follow a vegan bodybuilding meal plan like this https://www.vivolife.co.uk/blogs/recipes/11-unusual-and-delicious-vegan-bodybuilding-recipes if that’s what you are into! But when you eat a vegan diet, there are certain supplements that you should take to ensure you are getting the full range of vitamins that your body needs.

Here are the main supplements that every vegan should include in their diet:

Vitamin B12 – This is needed for a healthy nervous system, as well as for creating red blood cells. For vegans, it is a good idea to look for foods like soya milks and cereals that have been fortified with B12.

Iron – This plays a crucial role in making the red blood cells and carrying the oxygen in them, as well as making new DNA. When someone has low iron levels it causes anaemia, which then leads to tiredness and an immune system which doesn’t function as well as it should. 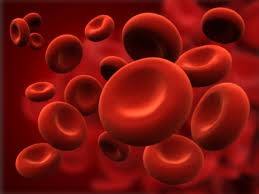 Calcium – This plays a crucial role in the health of bones and teeth. It is a good idea to take calcium supplements as there is not a great deal of it in vegan foods so it would be almost impossible to attain the recommended amount with a vegan diet alone.