Where in the World Might Spark a Global Nuclear War?

Many people remember the ongoing threat of nuclear war during the cold war from 1950s until the 1980s but in recent years it seems that the threat of nuclear annihilation is back on the table. A far cry from the battlefields of the first and second world wars, where machinery such as planes, guns and tanks were used. It is possible to have a tank driving experience of your own at https://www.armourgeddon.co.uk/tank-driving-experience.html

We see in the news increased threats from all around the globe, and with some world leaders seeming quite hot tempered, the fact that they have nuclear weapons at their disposal is quite a worrying prospect. 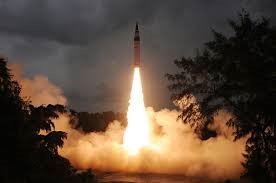 One of the countries that the world is watching and has been for the last few years is North Korea. This secretive state run by a dictator seemingly obsessed with his pursuit of gaining his own nuclear arsenal is a huge worry to world security, and on top of that the equally hot-headed President of the United States does nothing to calm these tensions.

Another age-old conflict that can’t be written off is perhaps the most worrying of all – that between the United States and Russia. Both countries have been upgrading their nuclear arsenals, and experts are concerned that if Russia were to make any movements into NATO territories, the United States would be duty bound to defend them – possibly sparking a global nuclear exchange. This is a particularly worrying prospect because both America and Russia between them have the vast majority of all the nuclear weapons on the planet.

India and Pakistan have been enemies since 1947 when Britain split the country into two from what was originally one British owned colony. Both countries have ben to war with each other 4 times since, some very nearly escalating into a nuclear exchange. The two countries remain at loggerheads, so a nuclear exchange in this region cannot be ruled out.