Microsoft declares false rumors: It will not end with the Windows command prompt

One of Microsoft’s developers, Rich Turner, has been told in a post on the company’s blog. After receiving thousands of tweets from concerned users and even messages from company partners asking if it was true, Turner has decided to clarify the situation so that there is no misunderstanding. 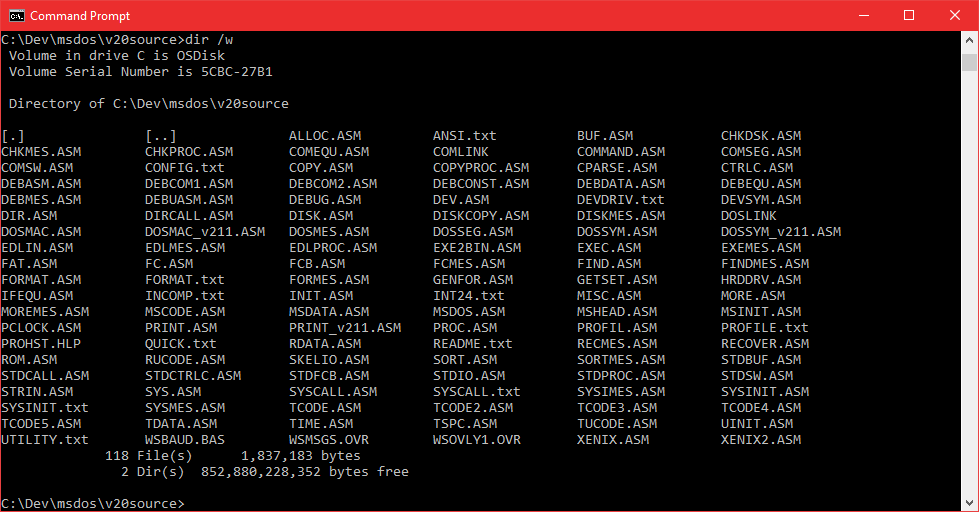 The confusion came from a concrete phrase misinterpreted in the release notes of the Insider Preview Build 14971. It said that “[PowerShell] will replace the command prompt (cmd.exe) in the Win + X menu, in the” File “menu of File Explorer, and in the context menu that appears when you press shift and right click In a blank space in the File Explorer”.

Apparently, the confusion came when people interpreted it as PowerShell would replace the system symbol without more, but it is not, it will only repackage it in a couple of specific menus. The function will therefore not be deleted, the scripts based on it will continue to work and, in Turner’s own words, Windows Cmd will not be removed from Windows in the near future or in a distant future, it will remain a cornerstone of the operating system .

Cmd is not MS-DOS and why PowerShell

Rich Turner also wanted to take advantage of the article to clear up a couple of bad things. The first of them is another ear pull for many of us, and says that contrary to what everyone usually believes, Cmd is not MS-DOS. They seem to use both command lines, but they are totally different things.

To begin with, the latest version of MS-DOS was released in September 2000, 16 years ago, and was a complete operating system whose only interface was a command line. The system symbol or Cmd instead is not an operating system, but an application designed to be compatible with MS-DOS commands, and is preinstalled in the family of Windows NT operating systems, from the NT itself to Windows 10.

And finally, Turner has also explained why they have decided that Cmd a step back. According to explains, after 30 years being a tool by default the time has come when it is difficult to improve or modify, so have developed a much more powerful PowerShell. Therefore, it is logical that you have replaced the previous shell as the default choice in some menus, although it again clarifies that this does not mean that the system command will be deleted.